This event doesn’t live on Moshtix, make your purchase and manage your order with Universe.

Australian troubadour Didirri will virtually tour the world, offering intimate, captivating performances celebrating the release of new single ‘The Critic’ (August 7) and the announcement of his highly anticipated sophomore EP ‘Sold for Sale’. (Out September 25)

The music industry has been decimated by COVID-19 and, like all fellow artists, Didirri has had to cancel and reschedule shows including a co-headline North American Tour with Jack River and Alex The Astronaut; SXSW; The Great Escape and a major UK/Europe support tour. During isolation, fans have been able to watch Didirri perform from home as part of Global Citizens Together At Home series, Iso-laid Festival, Delivered Live and State of Music.

Didirri will transport fans from their living rooms to a bespoke space, the audio we deserve, a live music experience for those yearning for a real-life show.

Get Tickets On Our Partner Site 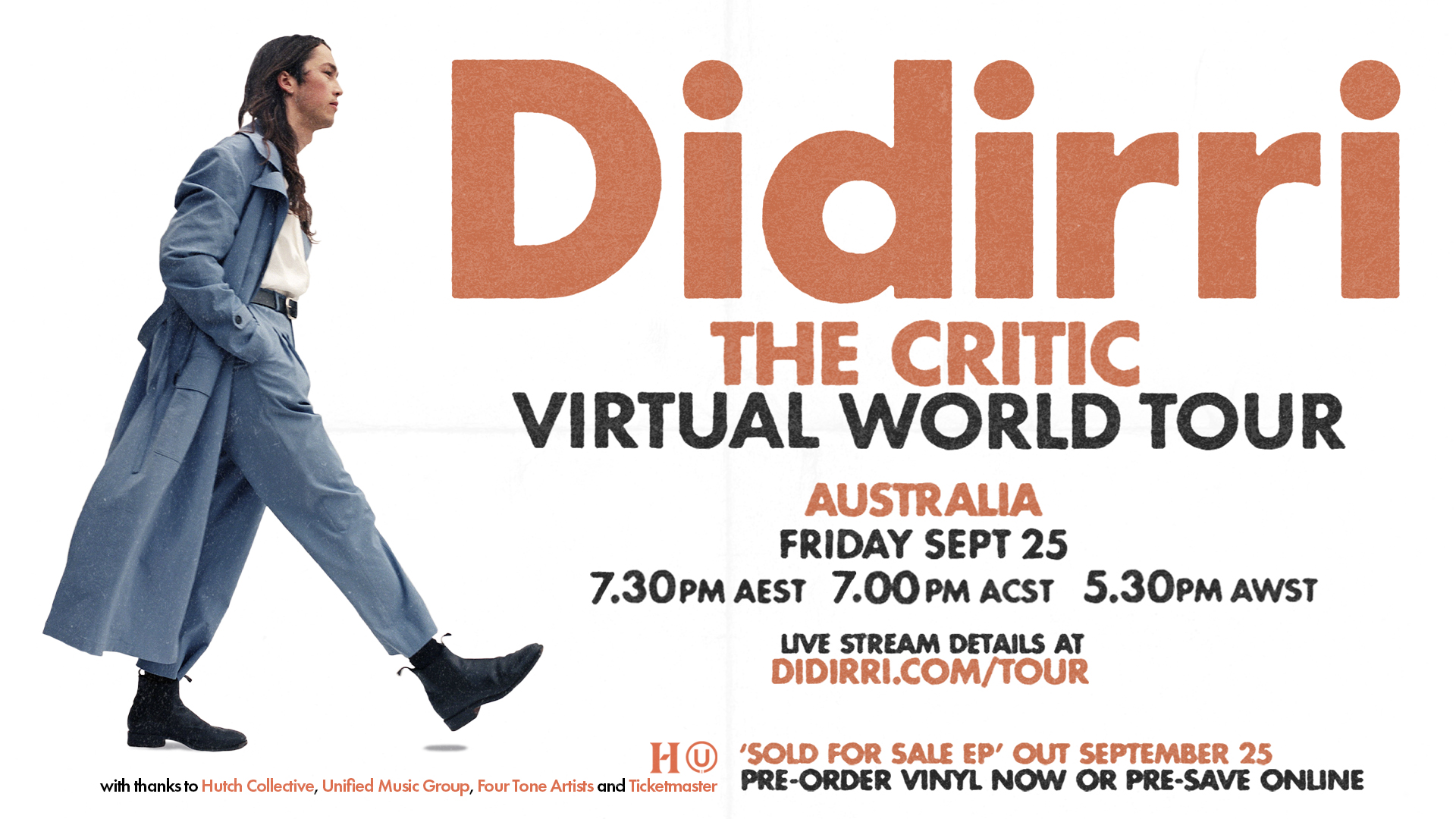