On behalf of the organiser of this event it is with a heavy heart that we must advise that Frankie Cosmos' upcoming Australia & New Zealand Tour has been cancelled.

Below is a message from the band:
"We’ve been dreaming of returning to Australia & New Zealand since our wonderful tour there in 2017. But in light of current global events, we’ve decided to postpone our upcoming shows there for a future time. To say that we’re bummed out is an enormous understatement. We’re gonna try our best to come back as soon as possible! We love Australia and New Zealand so much. We hope you love us back, still. xoxo Frankie Cosmos."

Your ticket(s) will be automatically refunded back to your credit card/PayPal account. It usually takes around 3-5 business days for the funds to return to your account.

If you have any queries relating to your ticket purchase, please contact our friendly ticket support team via our support page at tixsupport.moshtix.com.au.

Handsome Tours are thrilled to announce the return of New York City’s Frankie Cosmos. Last in the Southern Hemisphere in 2017, Frankie Cosmos are heading back for Meadow Music Festival, as well as a trio of intimate headline shows along the east coast in March/April.

Originally the solo project of prolific New York City-based songwriter Greta Kline, Frankie Cosmos blossomed into a four-piece with a collection of globally acclaimed albums to their name. The group’s most recent 2019 offering, Close It Quietly (listen on Spotify, Apple and Bandcamp), is a continual reframing of the known. It’s like giving yourself a haircut or rearranging your room. You know your hair, you know your room. Here’s the same hair, the same room, seen again as something new.

Close It Quietly takes the trademark Frankie Cosmos micro-universe and upends it, spilling outwards into a swirl of referentiality that’s a marked departure from earlier releases, imagining and reimagining motifs and sounds throughout the album. Kline delivers sharp observations and candid confessions via short bursts of melodious indie pop that Rolling Stone labelled "the best yet from an artist who’s spent the last few years on one of the more impressive songwriting binges in indie-pop".

“An introspective land of scribbled poetic musings… a compellingly personal oral history.” - Under The Radar

“...An aural square dance that’s well worth your time.” - PASTE

“Their full-length fourth album Close It Quietly continues to delight us to no end. ★★★★.” - Far Out Magazine

“...Their most mature work to date. Close It Quietly is full of the heart and charm that fans have fallen in love with.” The Line of Best Fit 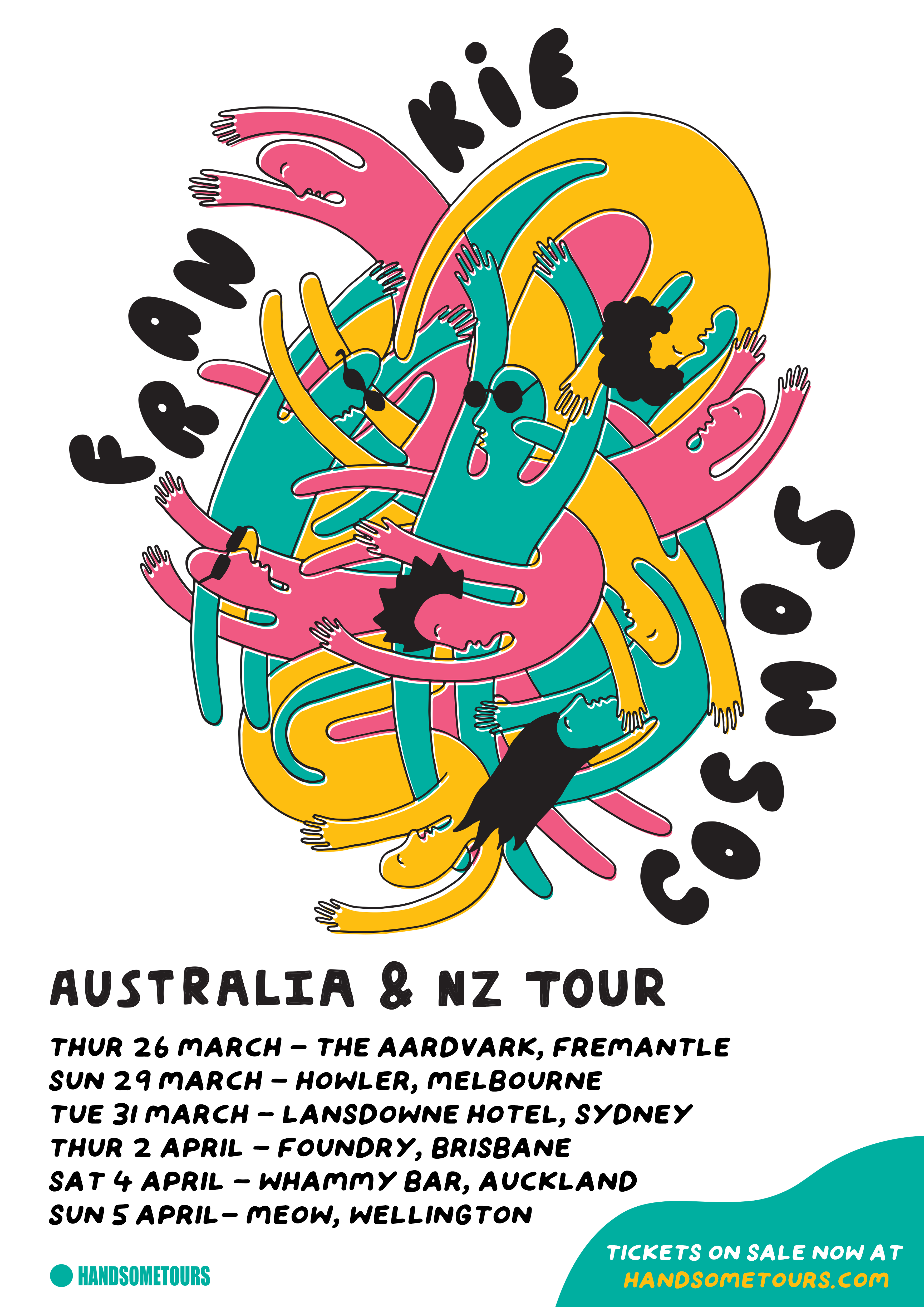 Great Gable – All My Friends Tour

Boy & Bear return to Melbourne as part of their Suck On Light Tour! more »