Bar on the Hill, NSW

Fresh from North American, UK and European tour announcements, 5 SECONDS OF SUMMER, has confirmed a return home for a massive tour this November.

The Sydney-raised band who have conquered the world since releasing their eponymous 2014 debut, will bring their No Shame 2020 Tour to Perth, Brisbane, Melbourne and the Sydney Opera House Forecourt epic outdoor shows, plus a special night at Newcastle’s Bar on the Hill.

‘No Shame’ is the current single lifted from the forthcoming fourth studio album, “Calm”, following 2014’s self-titled debut, 2015’s “Sounds Good Feels Good” and 2018’s “Youngblood” - all of which debuted at #1 on the both the ARIA Album Chart and Billboard 200.

Tickets for all shows go on sale at 1pm (local time) this Friday, February 21.

My Live Nation members can be among the first to secure tickets during the pre-sale beginning at midday Wednesday, February 19.

Across their career, including their most recent Australian tour dates, 2018’s Meet You There Tour and 2019’s Friends of Friends special event which saw the band team up with local acts Amy Shark and Genesis Owusu to raise money for Blacktown Youth Services Association, 5SOS has sold in excess of two million concert tickets worldwide. They have also sold more than eight million equivalent album units and while cumulative streams of their songs now surpass seven billion. 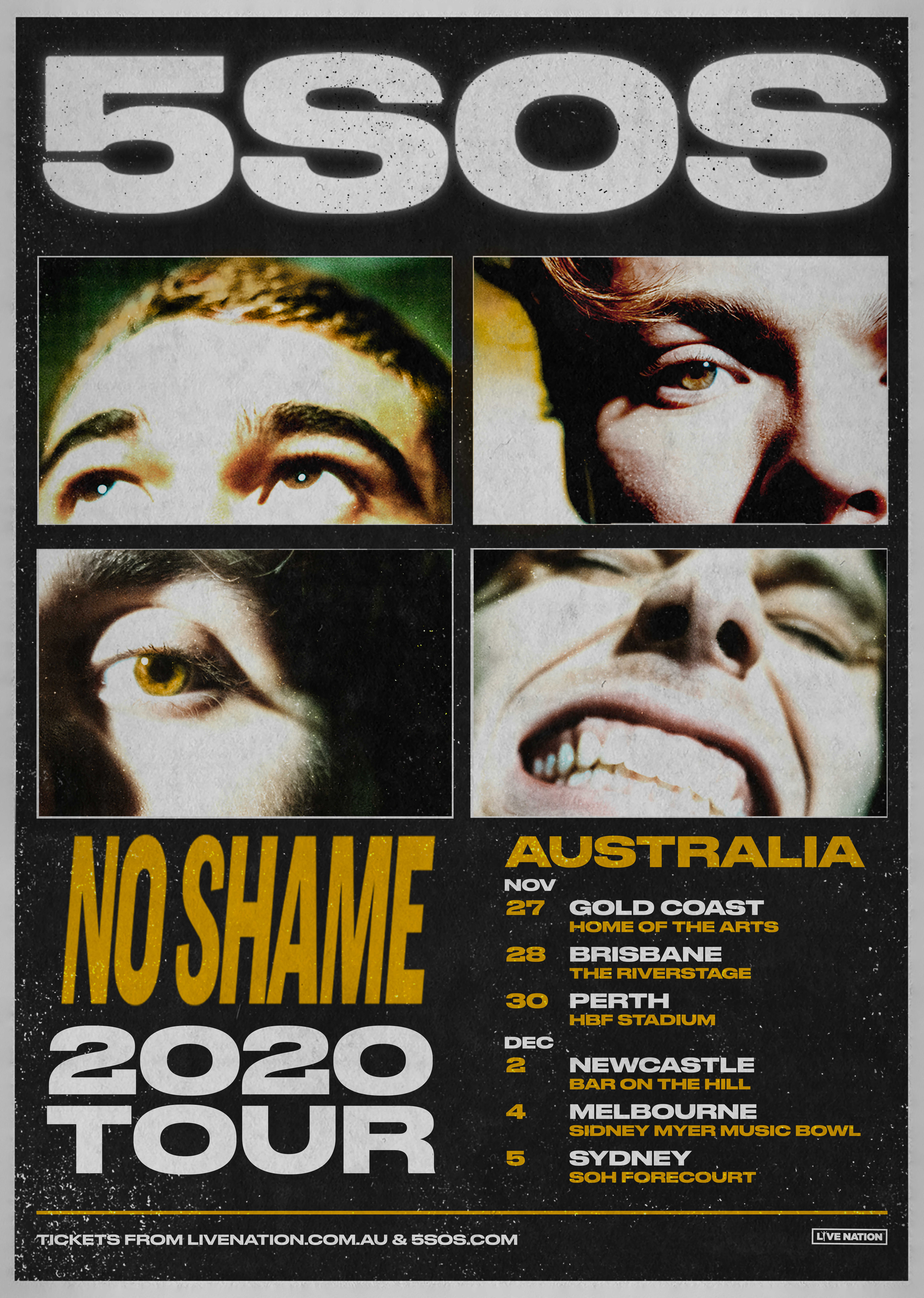 Approved tour assets and content available to media via: media.livenation.com.au.