Moshtix Weekender 024 - Your Guide To What's On This Weekend 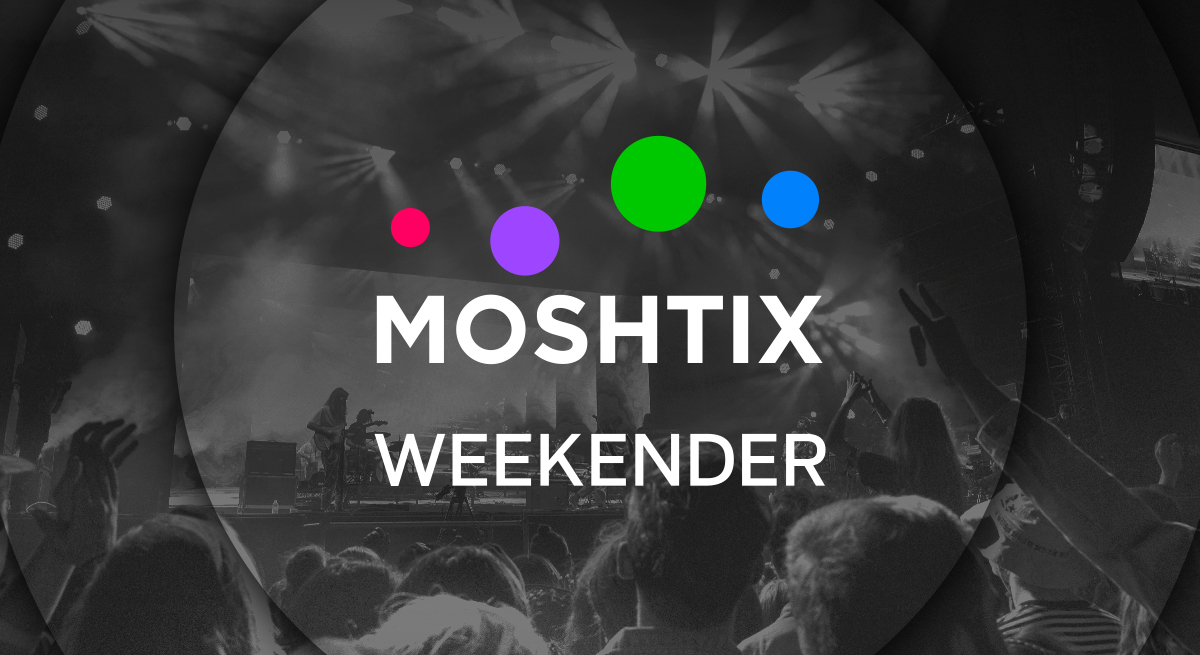 Is it the weekend yet?

What a jam-packed weekend we have in store for you too! From the hottest Drum & Bass gigs to the final weekend of Laneway Festival, and even a few comedy shows chucked into the mix. There's no doubt you'll be able to keep yourselves busy this weekend.

Check out our top picks for the weekend below.

After an impressive 18 months since releasing her acclaimed album 'The Water', singer-songwriter sweetheart Sam Buckingham is hitting the road, touring for the first time with her band, bringing the album to life and premiering a swag of gorgeous new songs. She's performing at Bangalow Byron Bay Uniting Church tomorrow night. She might be showcasing a few new songs too!

If you're in Wollongong this Friday, then get ready to jump on the Vengabus! Dutch Eurodance idols Vengaboys are bringing all their undeniable classics to Waves. Don't miss this opportunity for intimate shows with the undisputed kings and queens of '90s pop, Vengaboys. There may not be another chance.

For all our House fans out there, the worlds leading house music label Defected Records will be visiting Sydney for a one day show at Greenwood this Saturday. They're bringing a mighty fine lineup with them too, including house music royalty Amine Edge & DANCE, Sam Divine, Robosonic, David Penn, Human Movement.

Get your boogie on at the second instalment of Summer Dance at Sydney's National Art School this Sunday. Summer Dance welcomes multi-instrumentalist and producer Floating Points for a DJ set not to miss. Much loved local and fierce dance floor controller, Adi Toohey also joins the bill, showcasing her impeccable skill at serving up mixes combining jazzy house, boogie and subterranean club music. This event is a staple for dance music lovers Sydney wide and definitely one not to be missed!

Get around the Winners of the West Australian Best Country Act 2017 and 2018, The Little Lord Street Band. They'll be performing at Spotted Mallard tomorrow night. Expect an energetic live performance that'll blow ya hair back!

If country music ain't your thing, 19-year-old indie rocker Tia Gostelow is playing at Howler. With her recent album being a huge success, we're expecting big things from this performance. Get down early to catch supports MANE and Benny Nelson.

On Saturday, you're in for a definite treat as Laneway Festival dishes out a full day of musical discovery at Footscray Park, With Australian debuts from the beloved heartstring puller REX ORANGE COUNTY, teen sensation CLAIRO, hip hop's brightest new star DENZEL CURRY. See you front left of the main stage!

Enjoy a unique and strictly limited pop-up cocktail experience at Fremantle Prison. With a twist at every turn, follow The Magic Squirrel through his immersive and theatrical world and allow your senses to soak up an experience where nothing is quite as it seems. There are still a few spots for both Friday and Saturday, so secure your spot now!

Check out Melbourne producer Running Touch tomorrow night at Fat Controller. He's known for his incredibly captivating live performances that have seen him secure gigs at the most prestigious stages around the world including Splendour In The Grass, SXSW and Your Paradise Fiji, so we're pretty stoked to see him in full swing!

Get your disco, boogie, synth funk and Detroit techno-fix at Sugar Club with Tom Trago this Saturday night and celebrate the first Inside Out event of 2019.

HQ Complex has a Sunday night treat for you, with the first and only Adelaide headline show from Nothing But Thieves. Enjoy the genre-bending vocals of frontman Conor Mason paired with a new sound that is equal parts passion and power.

The team behind Honcho Disko are back tomorrow night for a HUGE night of entertainment at The Brightside Brisbane with performances by Yvon Raphael, Solar Flair, Richie Le Strange, Nova Gina and Luna Nightshade.

If you're keen for a Sunday arvo kick on, get down to Ranwell Lane and enjoy an epic afternoon sesh with none other than Brazilian Drum & Bass DJ Marky, brought to you by Safe Events.

The '90s pop icons Aqua and Vengaboys are joining forces this Sunday for an incredible headline show at Discovery Darwin. Don't miss this opportunity to dance along to some of their era-defining '90s pop anthems.