Nothing But Thieves are pleased to announce that they will be performing at HQ Adelaide, Sunday 10th February. This will be the band’s first show in Adelaide and the only headline show on their February tour, alongside performances at Perth Festival and Mountain Sounds Festival.

Renowned for their blend of agitated but serious-minded guitar rock, Nothing But Thieves take inspiration from the greats, carving their own niche with the shapeshifting vocals of front man Conor Mason.

Traversing the emotional landscape with an intensity that is their own, Nothing But Thieves tip their hat to Snow Patrol, The Killers and Biffy Clyro, while simultaneously creating a new sound that is equal parts passion and power. 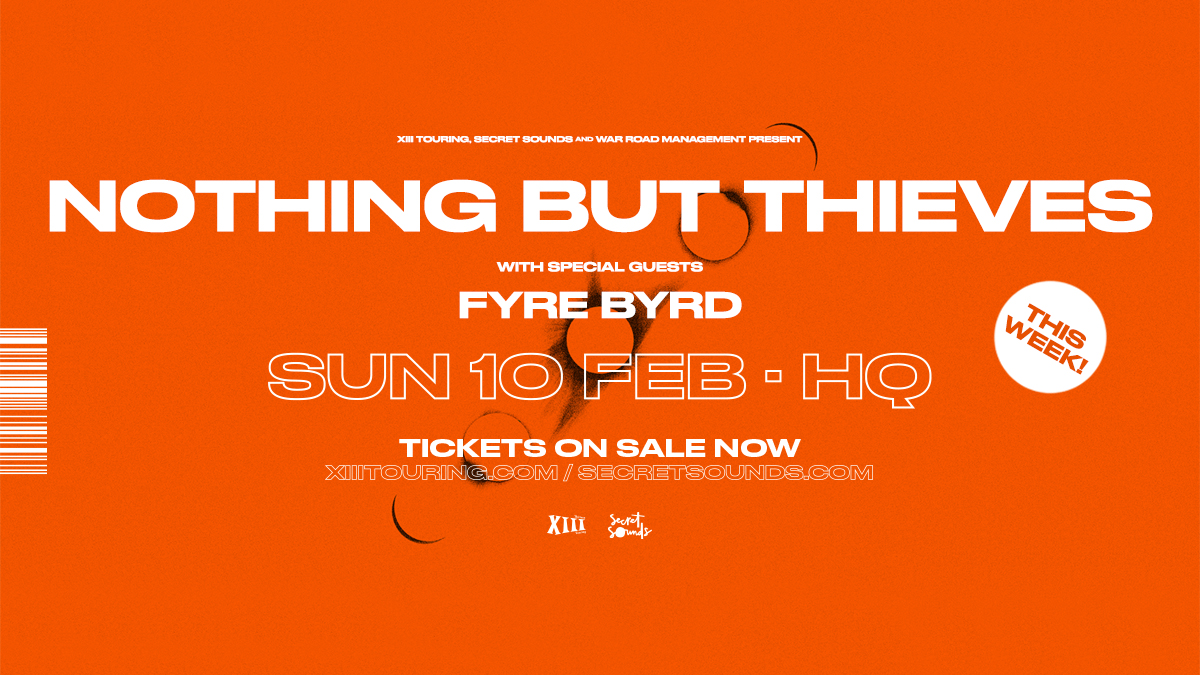