After revealing their critically acclaimed EP Afterglow in April, Sydney pop-punk fire crackers Yours Truly have announced that they'll be taking it on their debut Australian headline tour to celebrate it. The tour will hit five stops throughout August and welcome support from Melbourne-based pop-punkers Terra.

In other massive news for the young guns, whose average age is just 21, Yours Truly will also offer support to Canadian punk rock heroes Sum 41 on their UK tour next month, coinciding with their appearance at Download UK.

"We're over the moon to finally announce Yours Truly’s first ever Australian headline tour," says the band of the announcement, adding: "We cannot wait to share Afterglow with you in our own special way and to bring along some of our best mates with us. We hope to see you all there.”

Just before they fly overseas, they will be headlining AM/PM's second birthday for an exclusive club night, tickets available here. 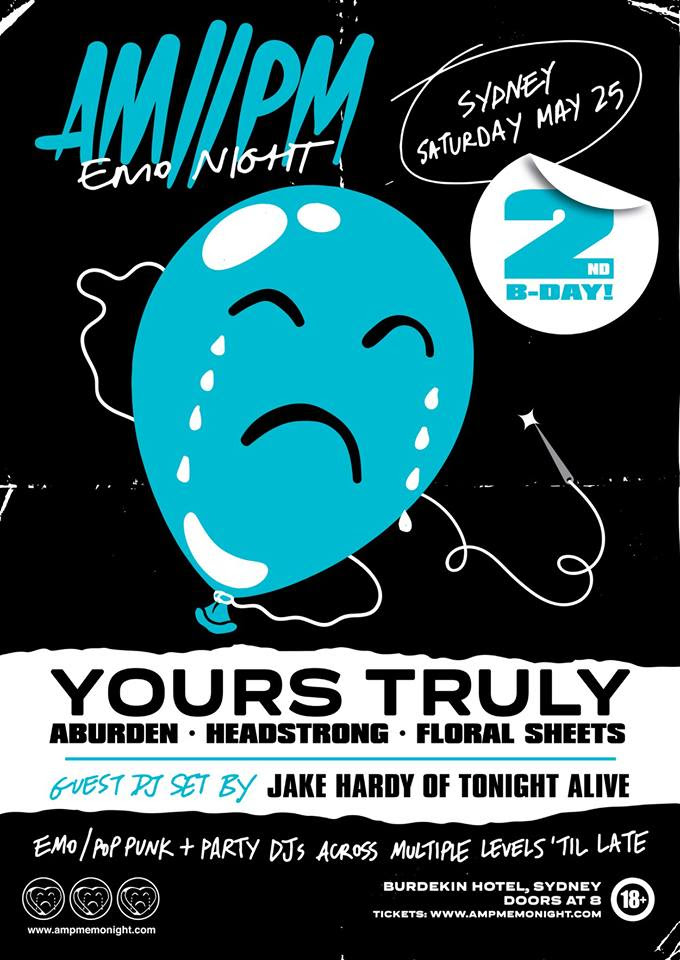 Afterglow has continued to intensify critical and fan rapture around Yours Truly, who have lapped up a whirlwind month of accolades and exciting announcements since its release. In its debut month, the EP has garnered 3.2 million audio streams and over 3.9 million Youtube views, while it continues to enjoy coveted play across triple j.

Searingly honest and utterly infectious, the release garnered massive nods from outlets to the tune of Kerrang! (4/5), Wall of Sound ("Yours Truly are fast becoming one of Australia's best new exports") and Depth Magazine, who awarded the release a whopping 10/10.

Yours Truly also co-headlined the debut installation of Sydney-based pop-punk extravaganza UsFest alongside Between You and Me, and supported Hellions on their mammoth headline run which included a sold-out night at Max Watts last week. Next up, the band will head to the UK to take to the Download Festival stage, as well as support Sum 41 and State Champs on their respective UK headliners.