William Crighton brings the "Empire Tour" to Creatures Nextdoor in Fremantle WA, celebrating the release of his new album "Empire".

"The essence of it is the live performance-it's all moments captured," William Crighton says of his new album Empire.

"The shows will be a new experience. There'll be songs from both 'Empire' and my first album and songs we only play live"

As is traditional, a live William Crighton show is never a repetition of a previous one.

Joining Crighton and his wife Julieanne will be Josh Jones from Dan Sultans band on bass and his good mate and collaborator Matt Sherrod (from Crowded House and Beck fame), who produced the album, and is travelling from Nashville to play drums.

Stack Magazine just noted of Empire, 'Like Tom Waits and Nick Cave, William Crighton is an original. But apart from that, he's like no one else. 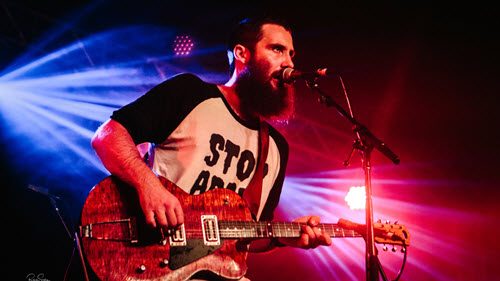 The Dreggs - “Stories from Grace Town”