Thy Art Is Murder – Human Target Tour scheduled for Friday 15th May 2020 has been rescheduled to Thursday 17th December, 2020 @ The Triffid. Your current tickets are automatically valid for this new date, and you do not need to take any further action if you are able to attend the event.

Australia’s masters of brutality Thy Art Is Murder have announced the Human Target Australian Tour, set to cause carnage across the country in December 2020. Their first headline run since the release of their earth-scorching fifth record of the same name, The Human Target Tour will be a night to remember as Thy Art Is Murder unveil their most ambitious Australian production to date with help from supports Dying Fetus, Fit For An Autopsy, Enterprise Earth and Aversions Crown.

Human Target is a bleak experience where Thy Art Is Murder exorcise the pangs of mortality and the pains of socio-political trauma to a soundtrack of authentic crushing death metal with blackened fury and flashes of knuckle-dragging stomp. In its crosshairs are a buffet of human atrocities from privatised prisons enforcing police states where non-violent offenders languish for decades to human organ harvesting for the wealthy. They also examine the false gods of social media while pharmaceuticals numb the minds of the dissociated.

We’re also confronted with the current state of politics riddled with hyperactive virtue signalling, extremism and disenfranchisement, And, while hyperbolic leaders promise to make everything “great” again, our planet lurches toward an inevitable climate disaster that will extinguish humanity. Grim.

Since the release of Human Target, Thy Art Is Murder have been on tour non-stop, leaving a trail of sold out shows in their wake. Between bouts of crisscrossing the Northern Hemisphere, the band briefly returned home for a stint on Good Things festival before heading back to Europe.

The Human Target Australian tour promises to be the biggest and most insane live show Thy Art Is Murder has ever done on home soil. If you’ve seen the photos from their recent European tour, you know this tour is going to be EPIC.

Thy Art Is Murder’s last Australian tour sold out over a month in advance (!) so don’t sleep tickets or you’ll be sorry. 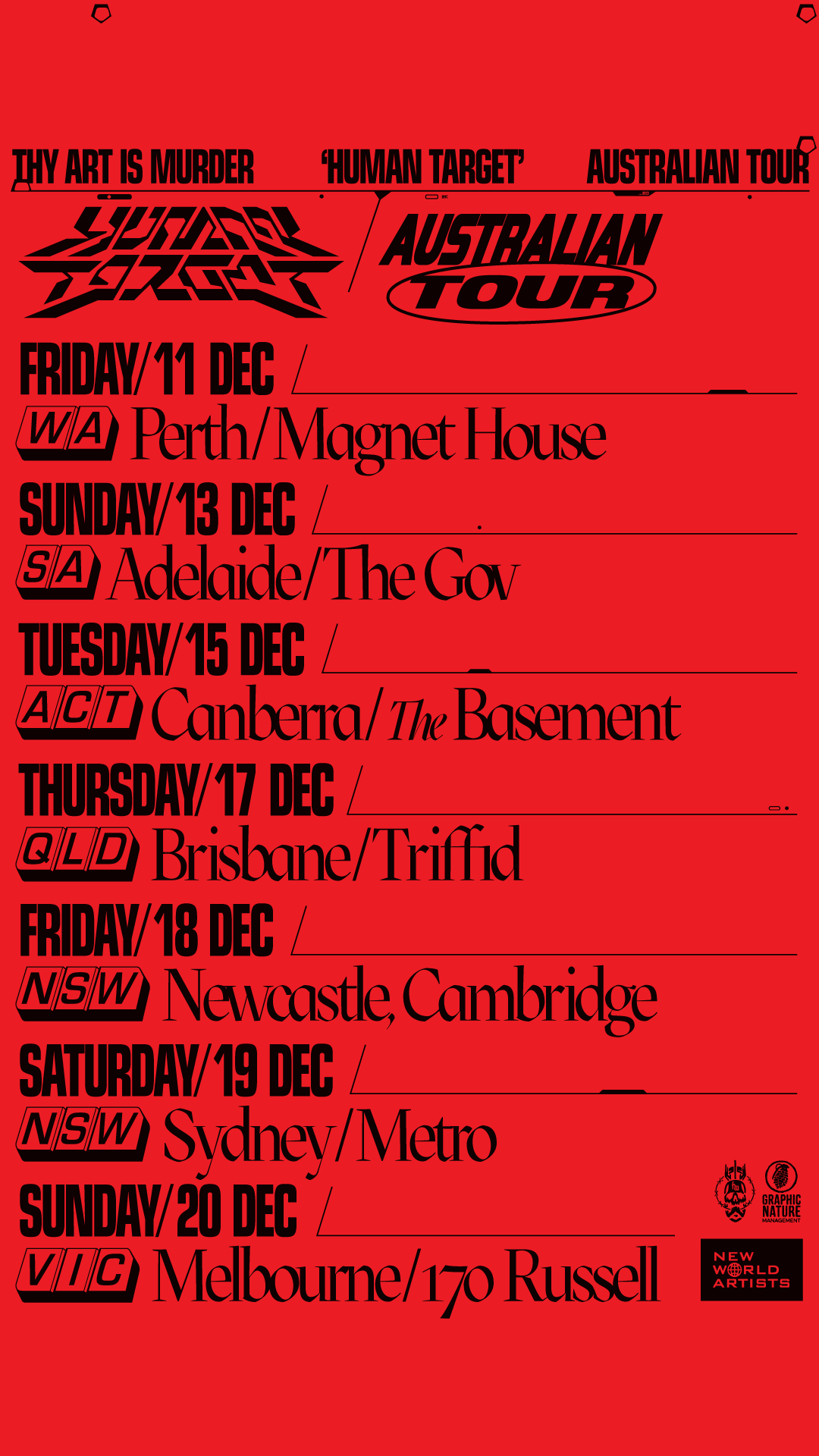 4th June, 2020 - As social distancing continues in this time of uncertainty,...