Crown and Anchor Hotel, SA
If you checkout without making all the selections you are entitled to, you will be able to return at a later time and choose your remaining options (simply log in to your Moshtix account and return to the event page).

Open Door Management and Yeah That Agency are proud to present The State Invaders Tour, sponsored by Deaf Cult Initiative. The State Invaders tour is an artist showcase like no other featuring three of Australia’s best new bands currently on the rise: Isotopes (NSW), Paperweight (VIC) and Wolf & Chain (SA). Each band will be headlining their home city and bringing the invasion with them in Sydney, Melbourne and Adelaide. Paperweight and Wolf & Chain will also be making their debut appearances in Brisbane Polarfest (Isotopes unfortunately won’t be playing) with a stacked bill including Young Lions, a reunited Take Us To Vegas and Closure.

Emerging from Sydney, ISOTOPES are an expression of personal emotion and honesty amongst a backdrop of catchy choruses and mesmerising hard hitting riffs.

Consisting of vocalist Justin Millsy Miller, guitarists Joshua Wood and Bradley Stokes, bassist Angeleh Morris, and drummer Hamish Gibson the band have embraced their mix of emo and feelsy music as the underdog of the melodic metal and post-hardcore genres, with their pursuit on tackling the alternative rock genre.

Following the release of their hit single ‘Flower’ which clocked over 50,000 combined streams in its first week, the band celebrated with a packed to the walls single launch at Frankies with 250+ attendees all celebrating the return of rock for Sydney’s first week's return of standing shows since the pandemic.

Their latest single ‘WYWFM’ encapsulates elements taken from bands like Senses Fail, Silverstein and A Day To Remember.

Not many bands can say they were forged in the fires of a global pandemic, but that’s exactly the origin story behind Melbourne pop-punk shooting stars, Paperweight.

These four youngsters crashed onto the scene in May of 2020 with their debut single ‘Waster’, and in eight short months have amassed over 30K streams on Spotify, notched up multiple spins across triple j, Unearthed radio and Triple M Hard N Heavy, garnered rave reviews from key rock music tastemakers.

Last (but not least) Adelaide's theatrical emo/punk/rock outfit Wolf & Chain made a huge debut in the first half of 2020 with the release of their debut EP 'An Honest Mistake'. The band filled a giant hole for those searching for something comparable to that of the mid-2000s while naturally placing themselves at the forefront of what will be the next-gen emo/ rock resurgence.

To expand on their rock-opera narrative that was explored on their EP, Wolf & Chain released their 80's prom-night music video for the title track 'An Honest Mistake' back in January which led to mass praise from fans and industry alike.

The band went to sell out their prom themed headline show Lion Arts Factory on Valentine's day weekend which then led to their first national tour with Drastic Park and Clay J Gladstone, which sold out multiple shows including Sydney and Adelaide. The band have since supported Redhook and are gearing up for the next exciting phase of the band which will be revealed soon. 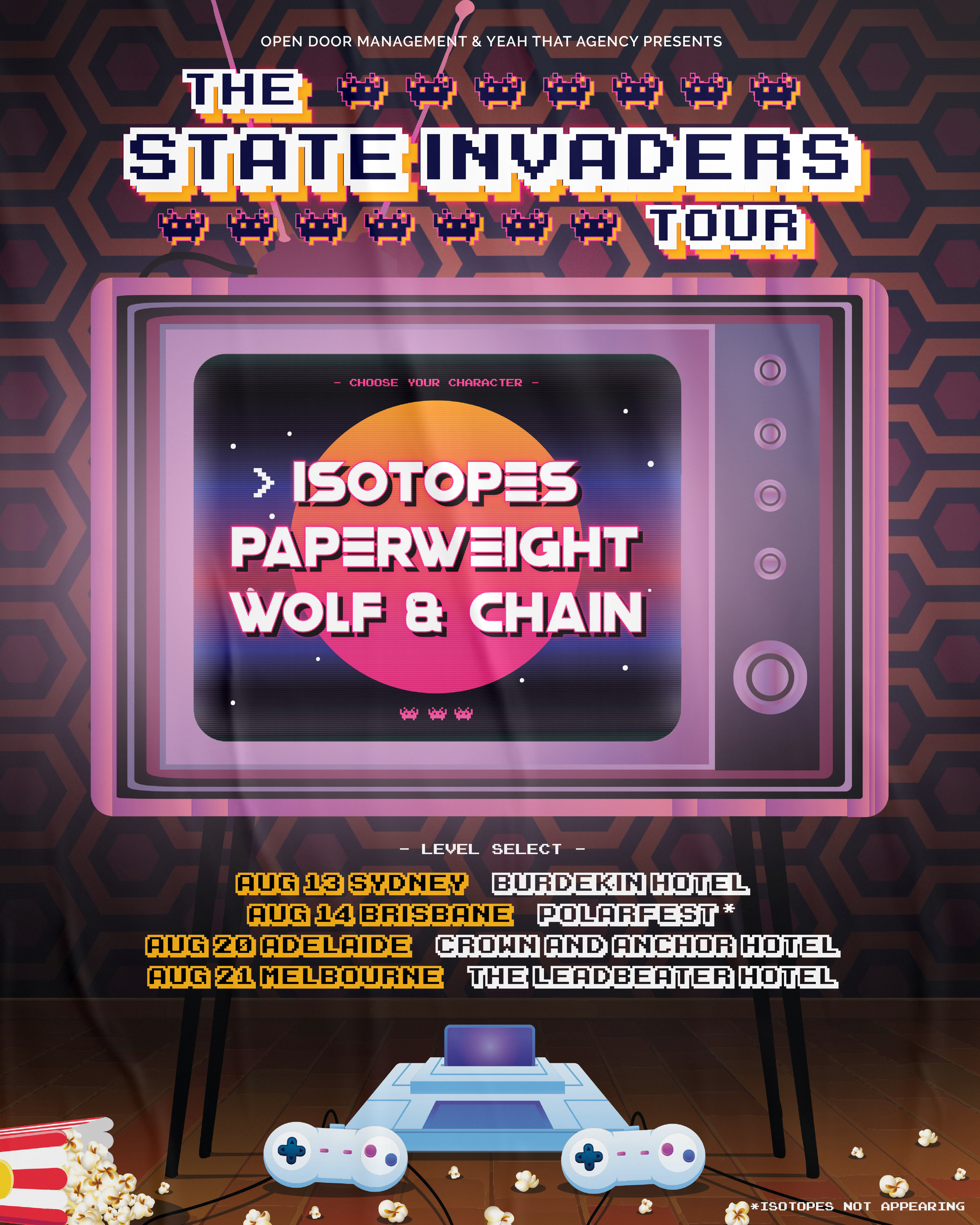 LUCA BRASI "Everything Is Tenuous" Tour