The Decline are back on the road this October celebrating the release of their new album ‘Flash Gordon Ramsay Street’ with an Australian Tour, and this time they are bringing along Pee Records label mates; “Nerdlinger”. The tour will be hitting major cities along the East Coast, plus Perth and Adelaide.

The new album takes inspiration from subjects ranging from recipe’s for vegan buffalo wings, the property market vs. smashed avocado and Zelda gaming tips all the way to philosophical Marxist understandings of false consciousness.

The band pins the main album themes down to “loss, moving on and letting go, identity, mortality and friendship. There’s a lot of references to a bunch of our favourite things like The Legend of Zelda, food, the ocean, and the fun times we have had getting in a van and playing skate punk.”

‘Flash Gordon Ramsay Street’ will be in stores Friday 30 August. 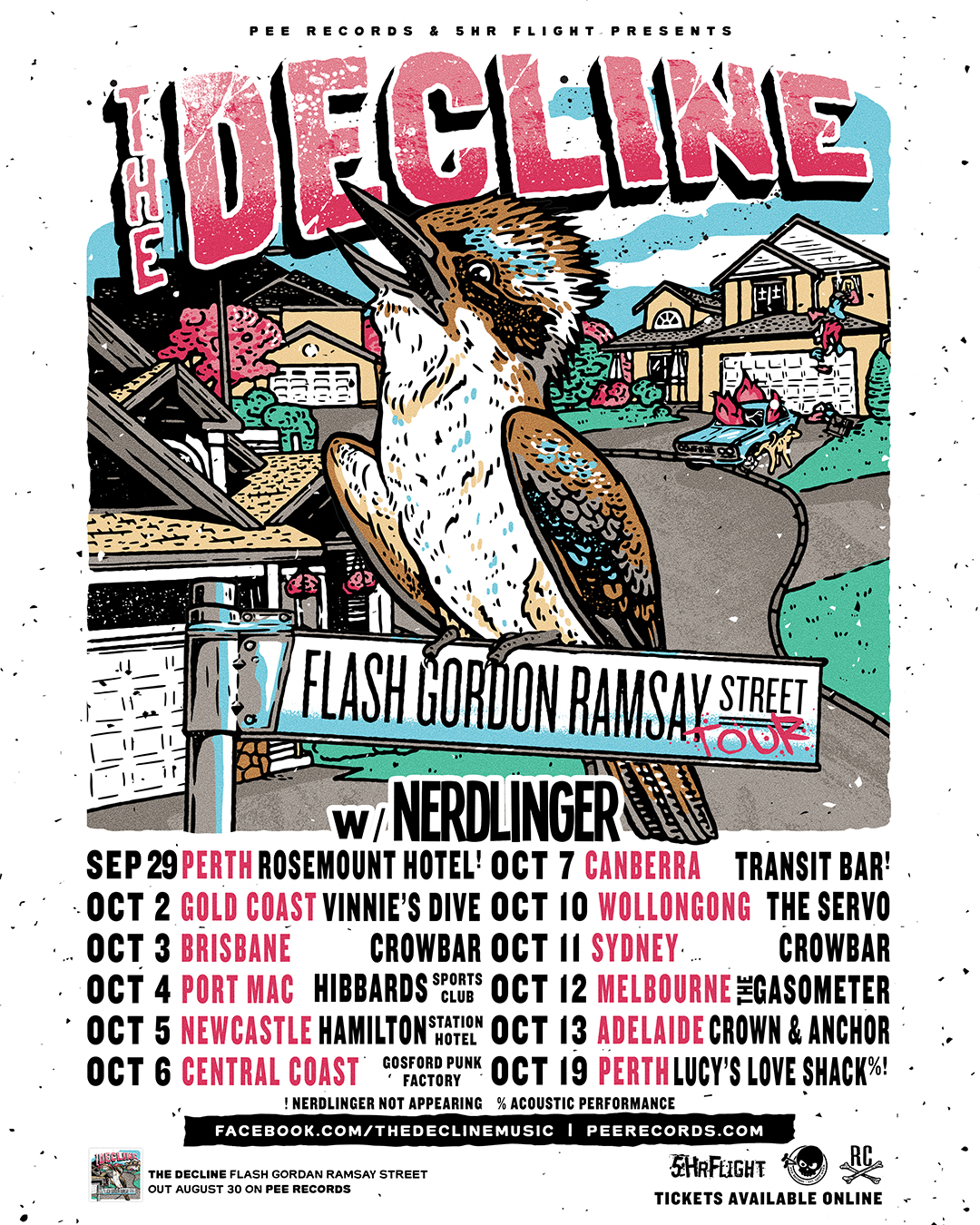