Proving that there is no such thing as too much good news at once, today Teenage Joans release their debut EP Taste Of Me which features band favourite new single ‘Wine’. They also announce their debut national headline tour in support of the EP.

The band will be taking their blistering live show on the road with their besties Debbies and hitting national stages for the debut national headline tour which finishes up in their hometown Adelaide.

After taking out the triple j unearthed high crown in 2020, the Adelaide two-piece have not slowed down, releasing singles ‘Ice Cream’ and ‘Something About Being Sixteen’ and playing two sold out co-headline shows with TOWNS in Brisbane and Melbourne in January. This was quickly followed by sets at Yours and Owls, Summer Sounds and Mountain Goat Valley Crawl festivals and a support slot with The Chats. 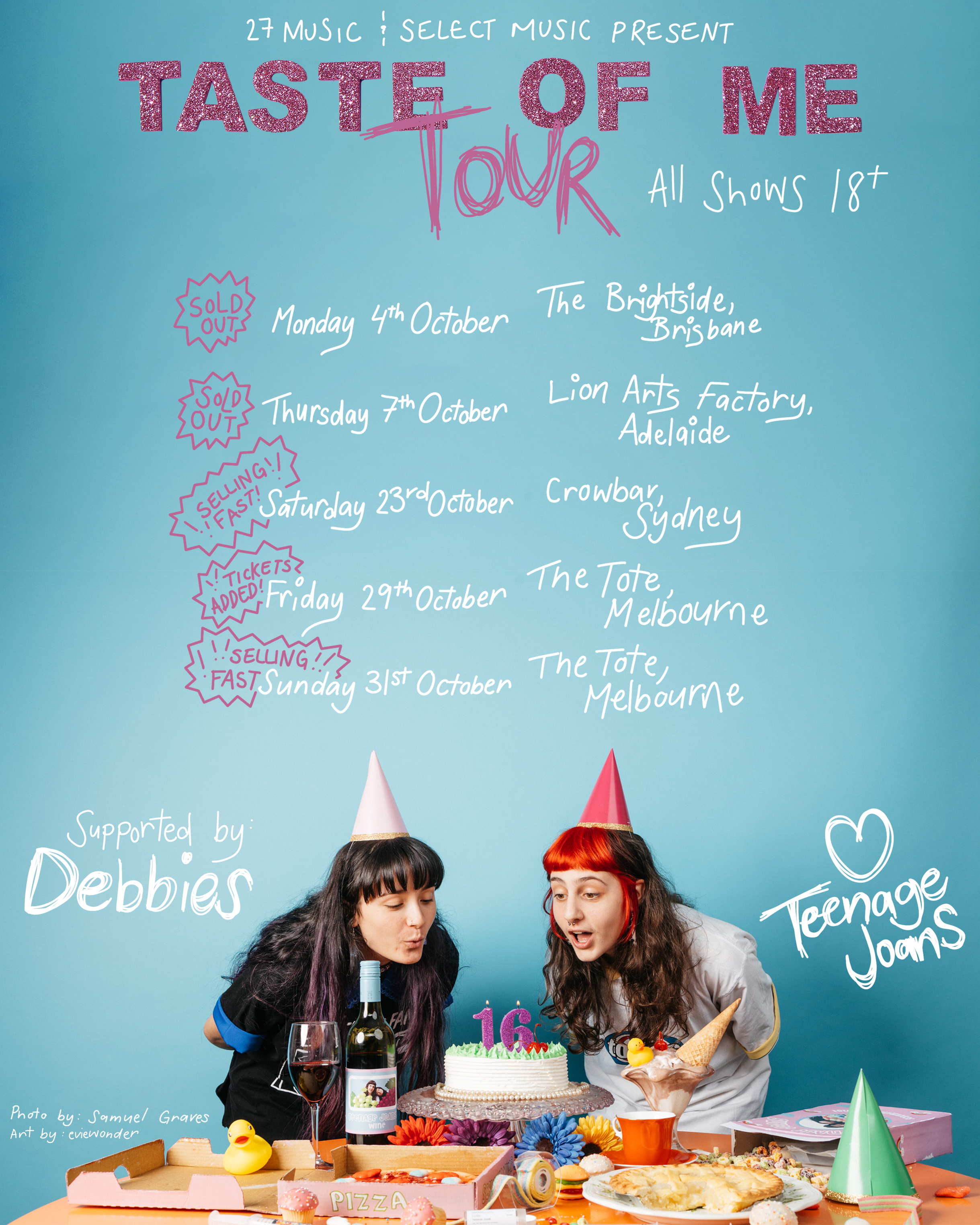