sleepmakeswaves – ‘these are not your dreams’ Australian tour

Once the band hit the road again in 2021, the ‘these are not your dreams’ shows will feature new music from their recently announced EP trilogy of the same name.

UK math-rock luminaries ROLO TOMASSI will join as main support for all shows except Newcastle & Canberra, following their latest release ‘Time Will Die and Love Will Bury It.’ They last toured Australia four years ago in 2016.

sleepmakeswaves’s new music comes three years since their ARIA-nominated 2017 release ‘Made of Breath Only’ and their well regarded cover of ‘Children’ by Robert Miles recorded for triple j’s Like A Version the same year. In 2018/19 the band released a Metallica tribute ‘To Live Is Not To Die’ and took a break from writing for a tour across Australia & Europe celebrating the band’s 10th anniversary.

The new record, titled ‘these are not your dreams’ will be released on 17 July 2020.

Rather than following a conventional release pattern, new songs will be released as a series of 3 EPs over the next few months, with ‘No Safe Place’ out now, ‘Out of Hours’ released on June 5 and ‘Not an Exit’ released July 3.

The first single ‘Cascades’ debuted on triple j’s Home & Hosed in January, with a second track ‘the endings that we write’ premiering on triple j’s The Racket in February.

and have added more about the shows below:

We're pretty psyched about doing these upcoming headline shows. I know bands always say things like that (we've said it a lot) but with a long break since we were last playing gigs, it feels very exciting to crank up the ol' rock-o-matic 3000 once more.
Rolo Tomassi are, as we like to say, "heaps sick" and we think overwrought instru-prog x blackened art-hXc is going to be a winning combination. Stay tuned for some great local supports on each of the shows as well.

“We’re delighted to return to Australia for the first time in years. It’s always been a firm favourite for our band and we’re very grateful to sleepmakeswaves for extending an invite to us.

‘these are not your dreams’ Australian tour 2021 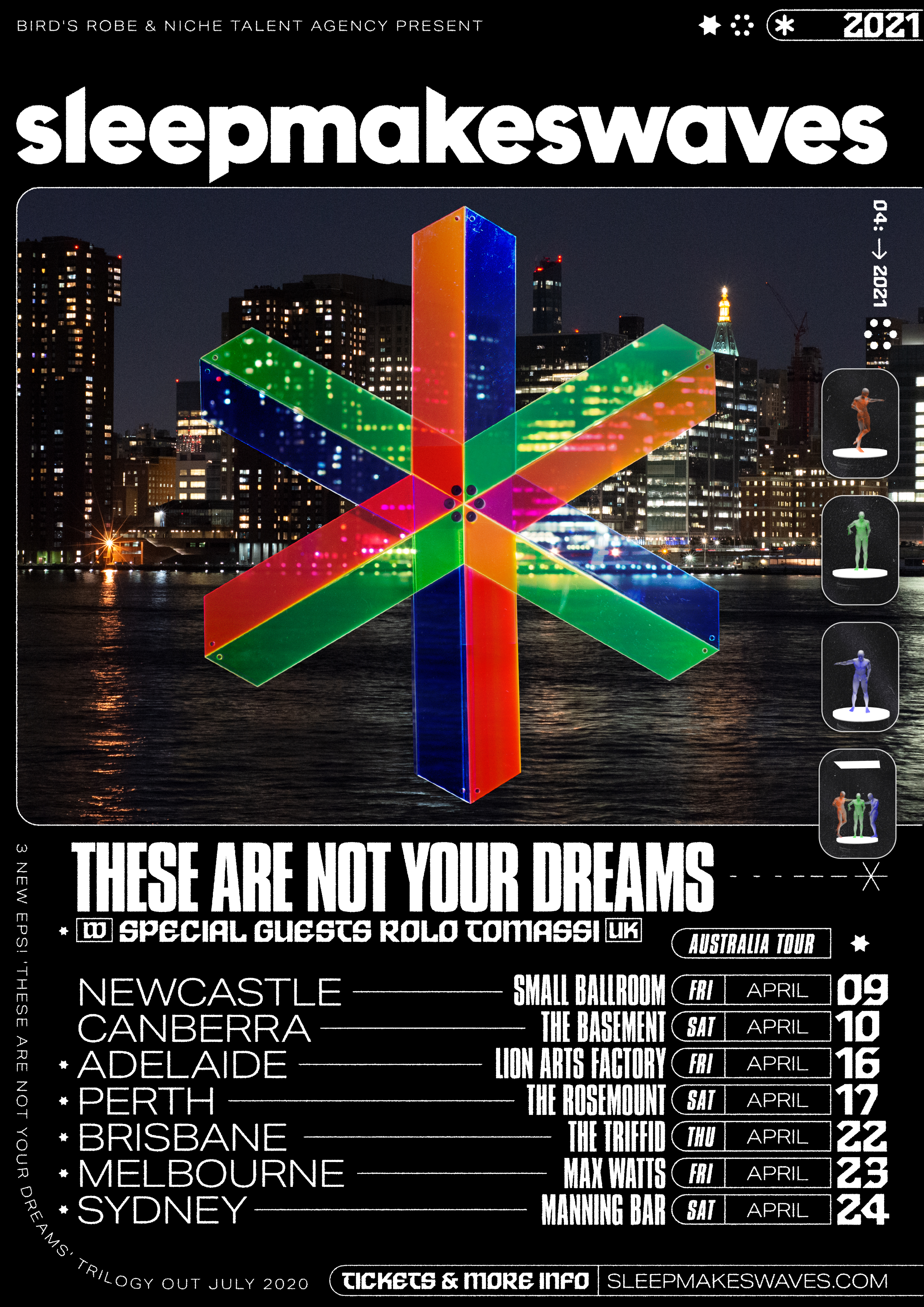 No Safe Place EP – out now

‘Cascades’ & ‘the endings that we write’ streaming online at

Watch ‘The Stars Are Stigmata’ (live)

Watch ‘To Live Is To Die’ (Metallica)