2021 saw UK artist Sam Fender catapult to rockstar status with the release of his massive album Seventeen Going Under which received a BRIT Award, a UK #1 album and triple j Feature Album, while also playing to sold-out crowds in arenas across the UK, Europe and US. This November, he will be bringing his tenacious anthemic rock to our shores for his largest Australian headline shows to date across Melbourne, Sydney and Brisbane.

Known for crafting music that punches straight at the gut, Sam Fender was born and raised in the northeastern English town of North Shields. He released his debut single ‘Play God’ in 2017, a propulsive, politically charged slice of indie rock that earned him a slot on BBC’s Sound of 2018 shortlist. He followed this with his acclaimed 2019 debut album Hypersonic Missiles, channeling modern-day anxiety through heartfelt heartland rock.

His 2021 follow up, Seventeen Going Under hit even harder, a celebration of life itself and triumphant on every count. Seventeen Going Under is pumping full of soaring arrangements and bold statements that have proven Sam Fender’s power as a mighty millennial voice. If his 2022 Glastonbury set is anything to go by, you’re not going to want to miss this opportunity to see him showcase his era-defining sound of a generation when he graces Australian shores in 2022 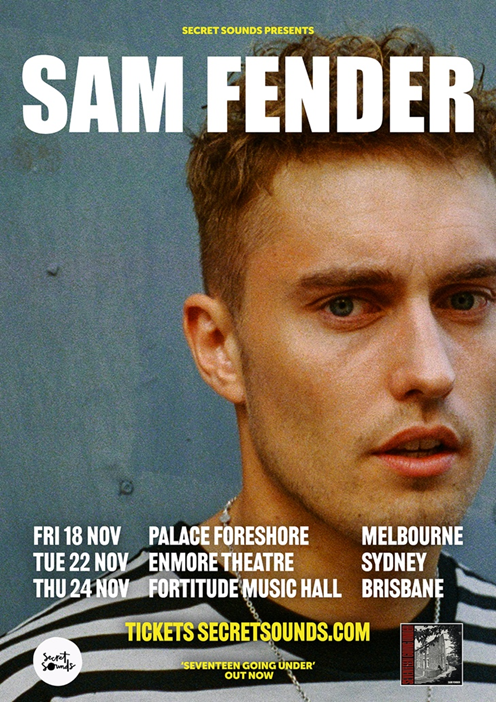