Spell-caster Lily Morgan - alongisde guitarist Chris Benato, keys player Kate Morss, bassist Sam Preston and drummer and percussionist Zac Wise - will take to the stage to draw you into a melting soundscape inspired by the world of Neo-Soul: a genre that looks to the rich past of Soul music at the very same time as it peers forward into the future of the art through its funky and experimental innovations. Pioneered through time by the likes of immortal 90s icons Erykah Badu and D'Angelo and presently by artists including jazz virtuoso Robert Glasper, UK songstress Jorja Smith, electric innovators Hiatus Kaiyote and the endlessly eclectic Thundercat, SAGO are set to light a sonic fire as they draw inspiration from across the genre. Dress how you feel and groove your ass off - or simply chuck back and join SAGO and their supporting artists Bluo and Luci as they heat up Perth's very own Sewing Room with a buttery blend of Neo-Soul, Jazz and Funk beats that'll launch them beyond the asteroid belt in THE SAGO BAND LAUNCH! 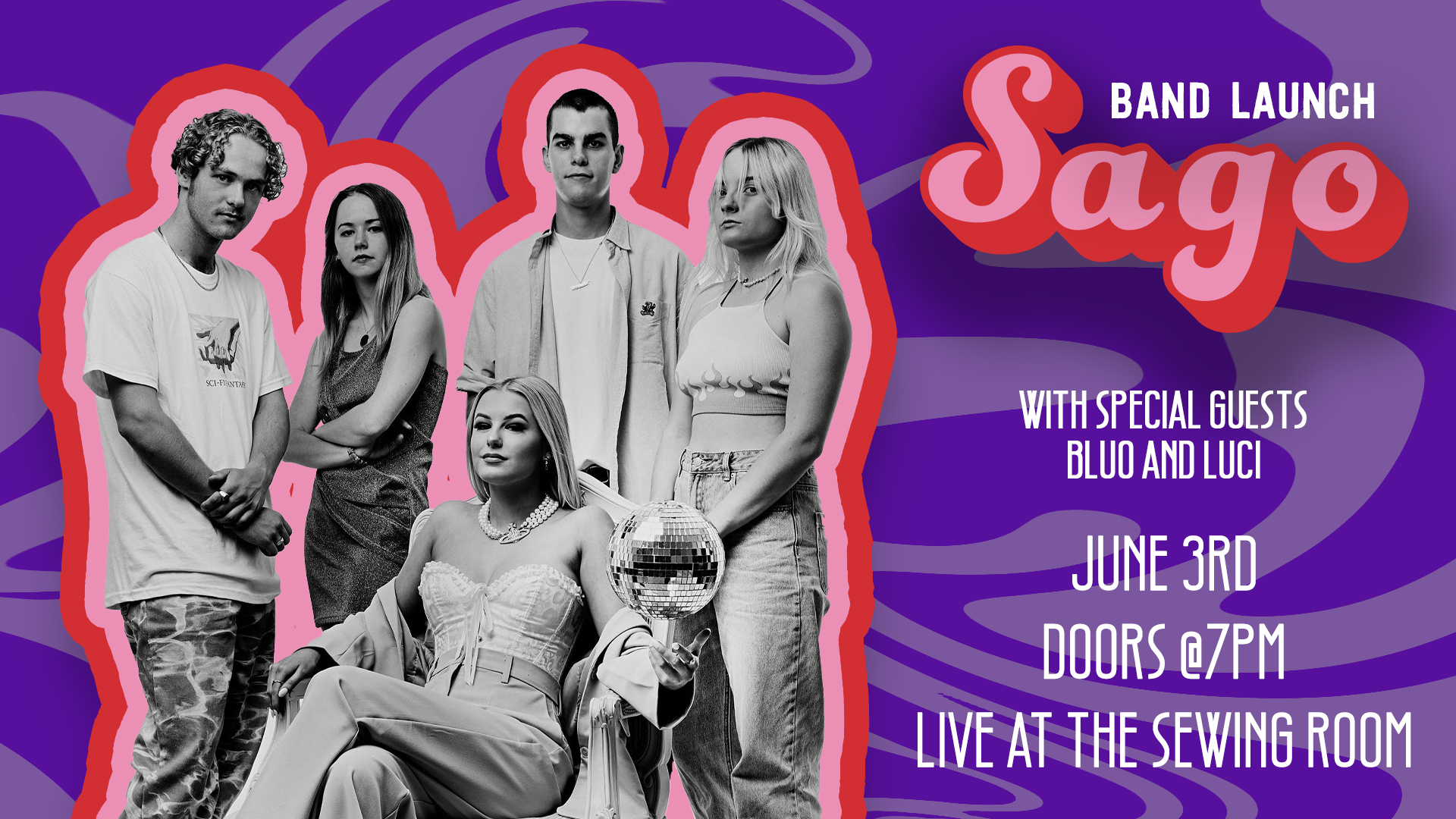 Returning from their recent performance at the 2021 WAM Fest, gloom pop outfit Echo Adore are preparing to launch their single 'See Red', taken from their forthcoming debut EP ‘Lumiere' more »

A gig to raise funds for a Curtin University short film “(Not so) Great Expectations.” This is set to be a night you will remember! artists include Ayo Busari, Little Guilt Band, and Sunsick. more »