Red Bull Music Academy's monthly Club Night series established itself as a staple of the Australian music scene in 2015, bringing a wealth of international and homegrown DJs and live acts to eager punters across the country. In a special one-off for this RBMA Weekender, the spirit of the club night returns in the form of "Night Moves," taking over two rooms at the beloved Oxford Art Factory. NYC pop subversive Kilo Kish (collaborator with Childish Gambino, the Internet and Chet Faker) leads the evening's live component, joined by a cast of unique voices including Ku ka, Marcus Whale and Kllo. Oxford Art Factory's Gallery Bar will also be transformed into a heads-down rave cave, voyaging to new frontiers of bass courtesy of Night Slugs main man Bok Bok and Australia's own Cliques and Lewis Cancut. 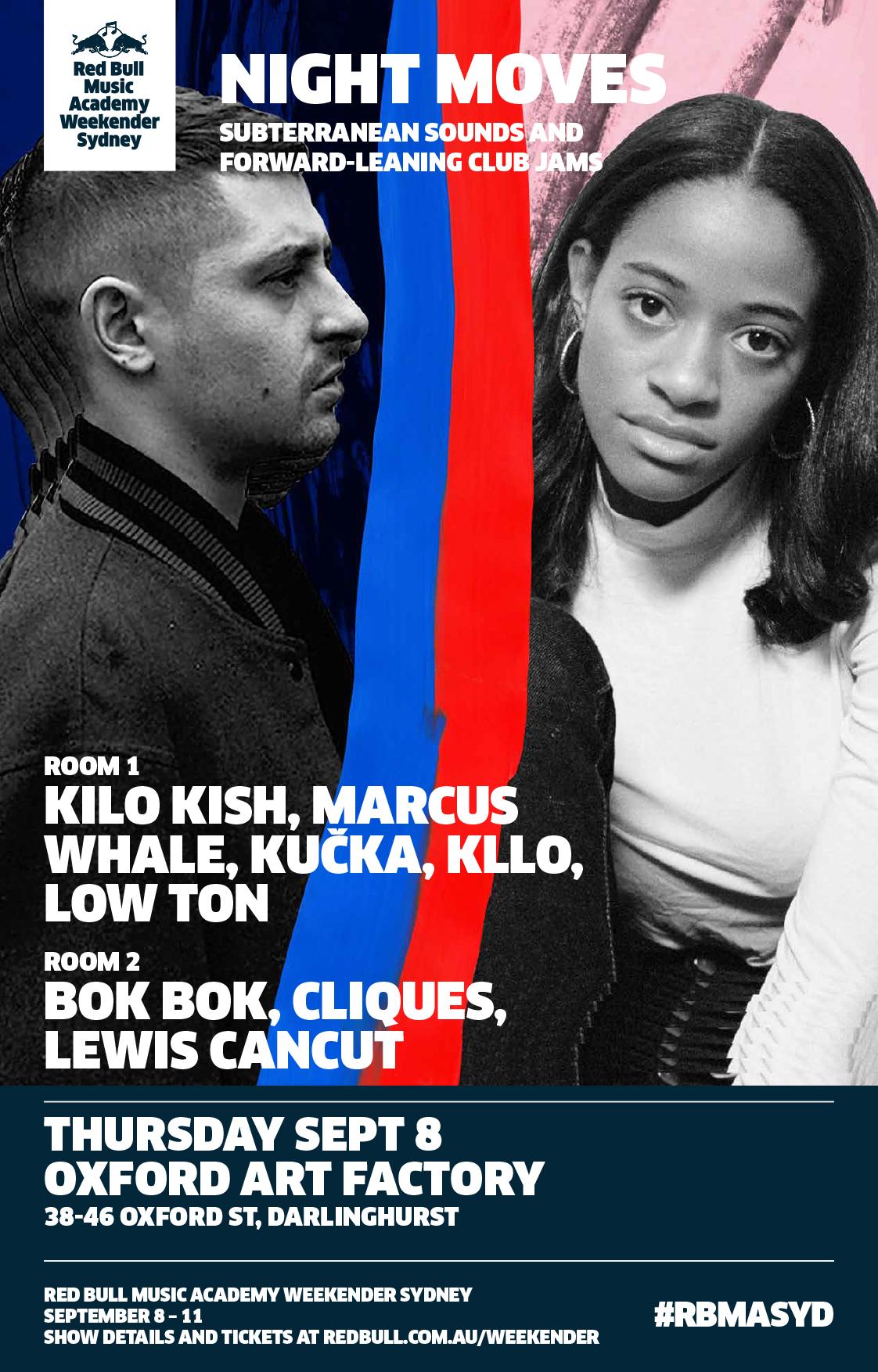