Isolation can often result in unique outcomes. Hailing from the tiny, frosty, untamed and detached Australian state that is Tasmania,PSYCROPTIC have become an unparalleled act in an enigmatic worldwide movement commonly known as death metal. Since their formation in 1999, the band having released 6 critically acclaimed studio albums, all which show an organic progression along a clandestine path from which they will never stray. Powering their way to the top of Australian metal scene in the early 2000's, PSYCROPTIC to this day still reign supreme and show no sign of relinquishing that hard earned position at any time soon.

Canadian technical death outfit ARCHSPIRE exude talent, drive, creativity, and absolute dedication. A tight live performance, where impressive speeds come grinding to a halt, and in even less time twist and contort into complex passages rife with beautiful harmonies, juxtaposed against insidious melodies. An attention to song writing, focusing not only on technicality, but originality as well, take this sub genre and put it on it's ear. When all the elements required align in such a way that they form something original, and interesting, it becomes a catalyst for something new... and in the case of ARCHSPIRE, all has indeed, aligned. 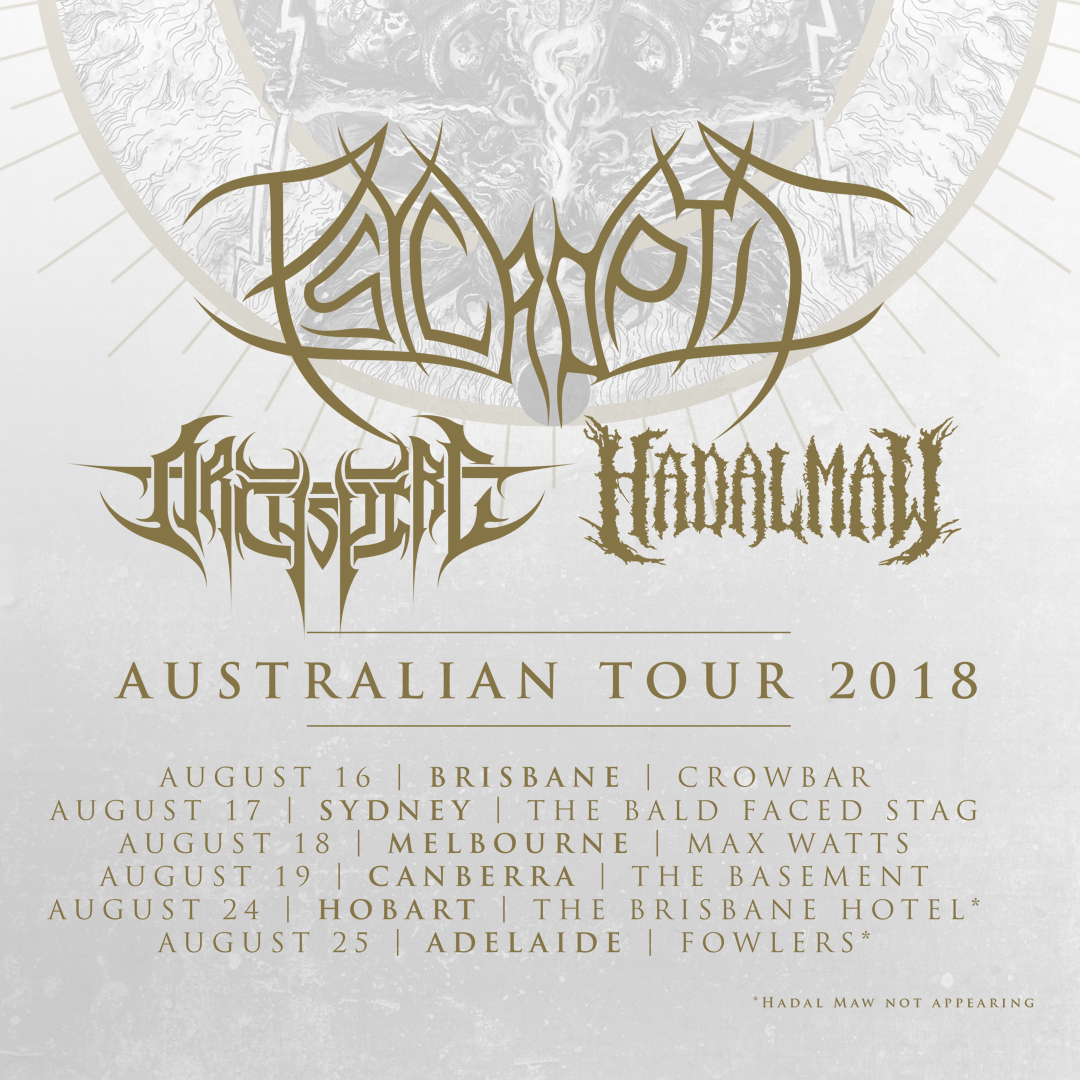 Elliot Wings and The Flying Serpents live at The Vanguard