Power Trip executes music with raw energy. They've trimmed the fat on every reference they pull from - whether that's Hardcore, Metal or Punk - to make music that actually cuts in 2018. Hailing from Dallas, the band have toured the world relentlessly for years. Their musical proficiency, perfect song structure, rich tones, fierce riffs, delivery and collective attitude has seeded them as one of today's most prolific acts in any astute or heavy genre. Power Trip boldly surprise their broad fan base by performing alongside less obvious artists - closing the gap that in 2018's social climate desperately needs to be filled. One month you can catch them playing with Title Fight, Merchandise or Big Freedia, the next you can catch them on a long tour with Napalm Death or Anthrax. They're a powerful storm of aggression, gaining more and more momentum with true, honest spirit.

Touring the world on Nightmare Logic, Power Trip will play to scenes much further outside the bubble of contemporary underground punk music than any other current band, all while pushing the envelope of the modern punk ethos. This September the band makes their maiden voyage to Australia. 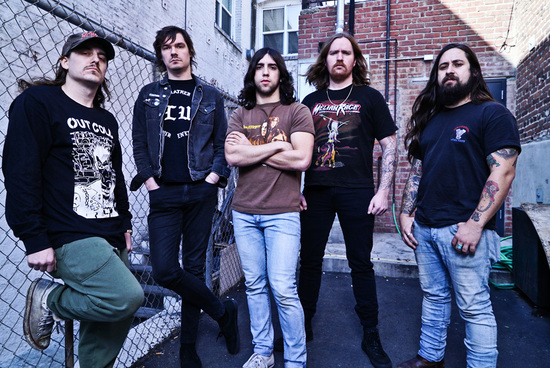