With spectacular Sydney Harbour views from the waterside decking, revelers will be able to enjoy the best seats in the house for the local Manly fireworks on Saturday 31 December as the Wharf Bar is transformed into the ultimate party venue for a night of the very best electronic music.

Headlining proceedings is none other than DJ, producer and remixer extraordinaire, Joey Negro. Promising a night like no other this NYE, guests can expect rare disco along with vocal and classic house from this dance music icon.

Late Nite Tuff Guy will be upping the ante as he puts the oh in disco, the amp in camp and the dang in dangerous as he joins Joey Negro on the bill this New Year's Eve. Peddling the most credible of disco edits and accruing some serious acclaim from the likes of Jeff Mills, Todd Terje, Richie Hawtin, Laurent Garnier and Carl Cox, this guy is not to be messed with.

Local legends Brenny B-Sides and Ben Morris will be warming up the dance floor for the two house music heavyweights. 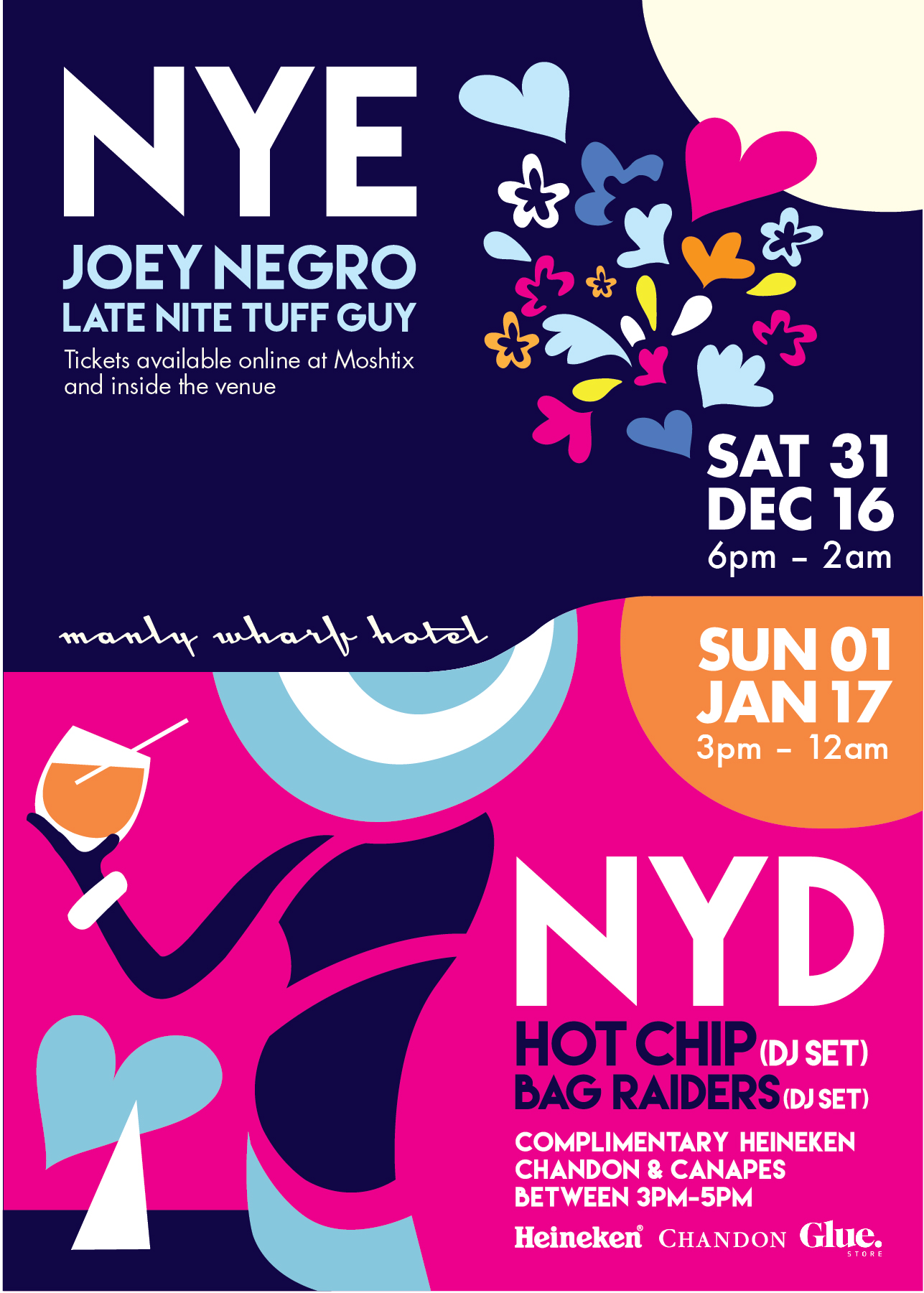