To celebrate the release of their upcoming single ‘Magnify’, high-energy dance band Northeast Party House will embark on their first National Tour of Australia in two years.

Magnify is the first taste of new music from the band - produced by Northeast Party House and Kim Moyes (The Presets), the single is a dance anthem built around a soaring guitar hook that calls to club floors and festival fields.

Magnify attempts to “capture that moment with someone where your feelings are intensifying, and you crave that security of knowing they feel the same way” says guitarist Mitch Ansell.

With a reputation of delivering energetic and sweat charged performances along with a bunch of new tunes to unleash to the fans, these shows are not to be missed. 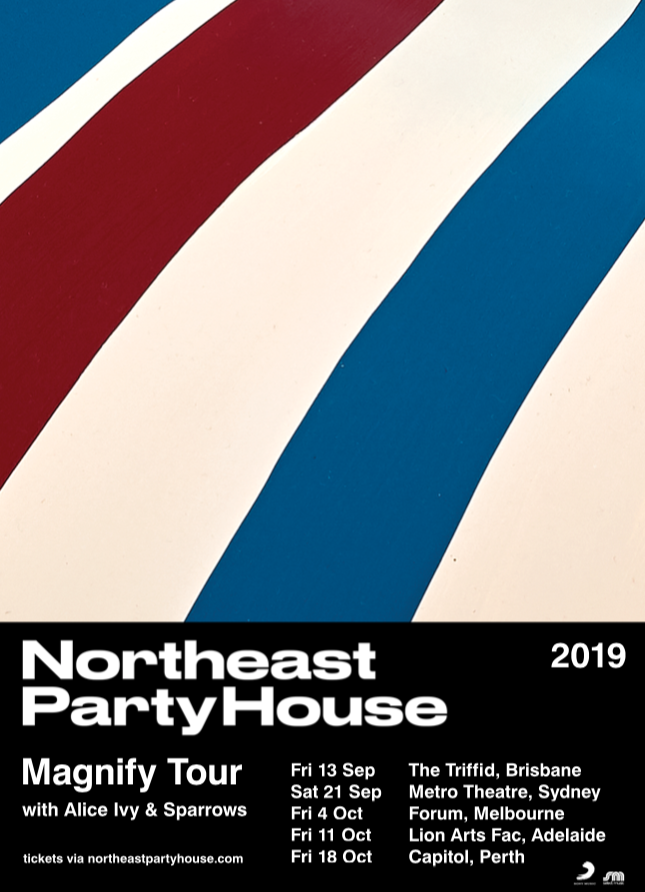