Oxford Art Factory, Sydney, NSW
If you checkout without making all the selections you are entitled to, you will be able to return at a later time and choose your remaining options (simply log in to your Moshtix account and return to the event page).

Lucy Spraggan has been rescheduled and will not be hosted on 11th September 2021.

A message from the organisers;

Due to ongoing international and interstate border restrictions, Lucy Spraggan’s upcoming Australian tour will be rescheduled.

An announcement on new dates will be made in due course. Existing tickets will remain valid for the new dates, and we encourage all ticket holders to retain their tickets until the new dates are announced.

With special guest Tulliah.
English singer-songwriter LUCY SPRAGGAN heads to Australia for the very first time this April, where she will play a run of intimate venues in Melbourne, Sydney and Brisbane.

With five albums under her belt including the 2019 “Today Was a Good Day” Lucy Spraggan is that rarest of things – a genuine singer-songwriter to emerge from the TV talent show scene. She was a favourite on the UK X Factor in 2012 just after she released her first record “Top Room at the Zoo” and has managed to build her fanbase into a far wider market since first coming to our attention.

A brilliant live performer, Lucy is synonymous with the melodic middle ground where pop and acoustic folk meet, and her toe-tapping interpretations of classic sounds and harmony-heavy ballads that she pulls from modern rhythm and blues are hard to forget.

With all 5 albums reaching the UK Top 25, Lucy’s live audience has blossomed seeing her play the likes of Glastonbury and SXSW, tour across Europe, and in 2019 complete her own US and UK headline tours which saw huge crowds watch her at some of her biggest venues yet.

This coming April Australian audiences will have their first taste of the unique and talented Lucy Spraggan.  Fans

can expect her to perform her best-known songs including her UK chart hits “Last Night”, “Lighthouse” and “Tea And Toast”, alongside the recent singles “Lucky Stars” and “Stick The Kettle On” which was recently placed on the Emmy Award winning US Medical drama Grey’s Anatomy.  Finally, get ready to hear her hot off the press stellar cover version of the Proclaimers classic hit "I'm Gonna Be (500 Miles)". 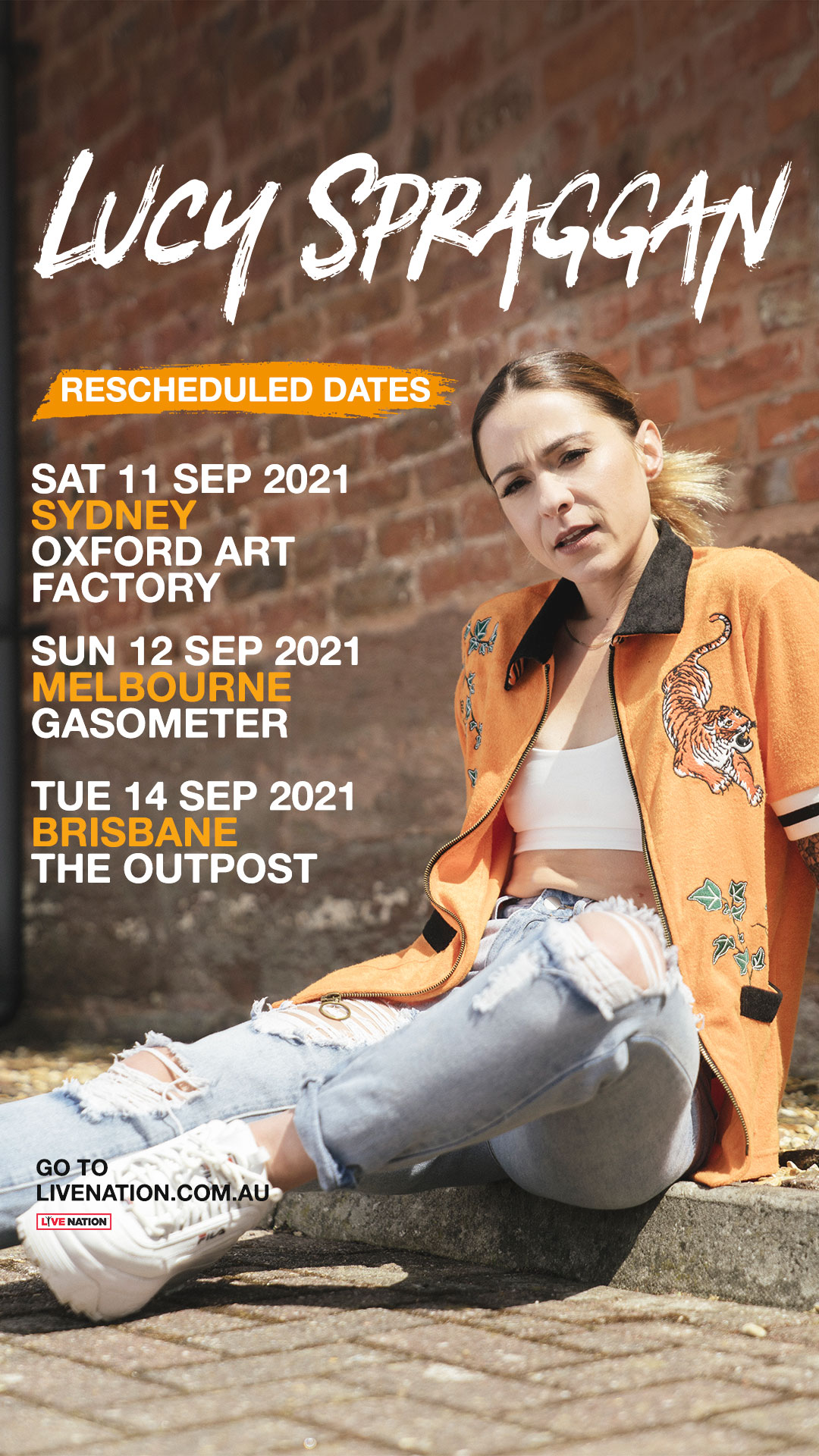 When I'm With You more »