Started out as a “fleeting thought” but late 2020, Lily Rose hit the music scene out of nowhere congesting adelaide pubs Lily’s skate, alt-rock stye, amplifies her unapologetic personality as she rages over teenage dreams and experiences. Playing alongside three of her best mates, Lily has shared the staged with sick, Aussie bands such as The Hardaches, Domestic LALA’s Divers and Seabass. In Lily Rose’s debut year she gained the attention from Triple J and was nominated for top rock artist at SA Music Awards.

With a HEAP of new tunes to come and mad passion for performing and sharing music, this is not the last you've heard of LILY ROSE.

The Mondays are a 3 piece indie rock band emerging in 2020 from Adelaide, South Australia. The Mondays are not scared of pushing the limitations of indie rock - tampering with pop, lofi, shoegaze, britpop among many other sub-genres to bring the audience something new. 2020/2021 has seen the Mondays release 5 songs, 4 music videos, play over 20 shows [with local and interstate] and amass over 100,000 cumulative streams across services.

Embodying tethers of Tame Impala, DMA's, and MGMT, Divers is defined by risk-taking, turning memories and feelings into sound, and, ultimately giving their audience the same joy-boost from listening to their tunes as the group themselves receive from creating them. Now sitting perched on the Domestic La La roster, Divers stand poised to enter the national scene’s conscious before too long. 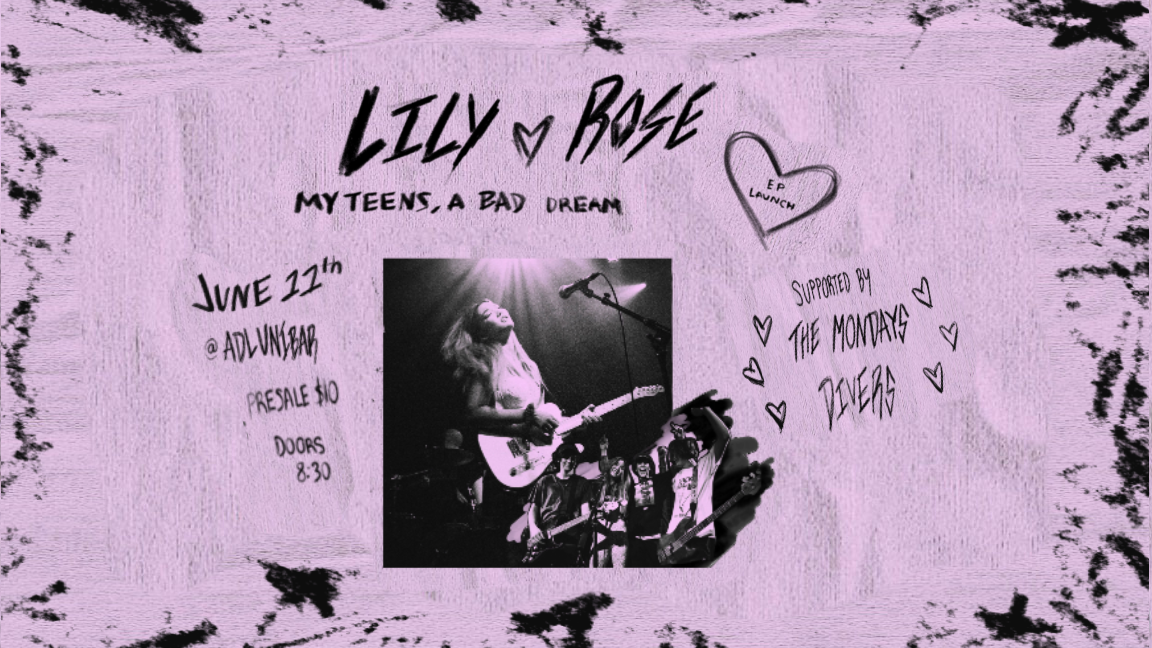 This July, get ready to open up your closets and dust off your fluffy coats because Uncle Mum and Umbrella Festival are excited to announce Adelaide's favourite winter-warmer festival: WOOLLY MAMMOTH 2022! more »