Josh Smith was born in Florida and was exposed to the blues at an early age. He began learning the guitar at age 3. By 12 years old, he was playing as a professional lead guitarist for many bands. Josh began sitting in with such greats as Jimmy Thackeray, Tinsley Ellis, Lucky Peterson, Double Trouble and supported BB King on a number of occasions. Josh moved to LA in 2002 and since then as been touring all over the world with the likes of Joe Bonamassa and Kirk Fletcher. Josh is currently producing his 10th Album with guest artists Joe Bonamassa, Kirk Fletcher and Charlie Musselwhite. He has recently been featured in Guitarist magazine and was acclaimed as 'one of the most respected guitarists in the business '. Josh is a must watch one of the world's Finest electric Blues/Jazz musicians on the circuit today!

Josh Smith Trio will be supported by the Shane Pacey Trio. 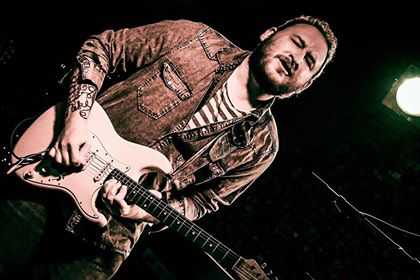 Get ready for a soul blues explosion more »

JEFF LANG "Some Memories Never Die": An Evening of Words and Music

Four guys dressed as cowboys and two women dressed like Spanish Mexican Senoritas that you might find in a Quentin Tarantino movie! more »