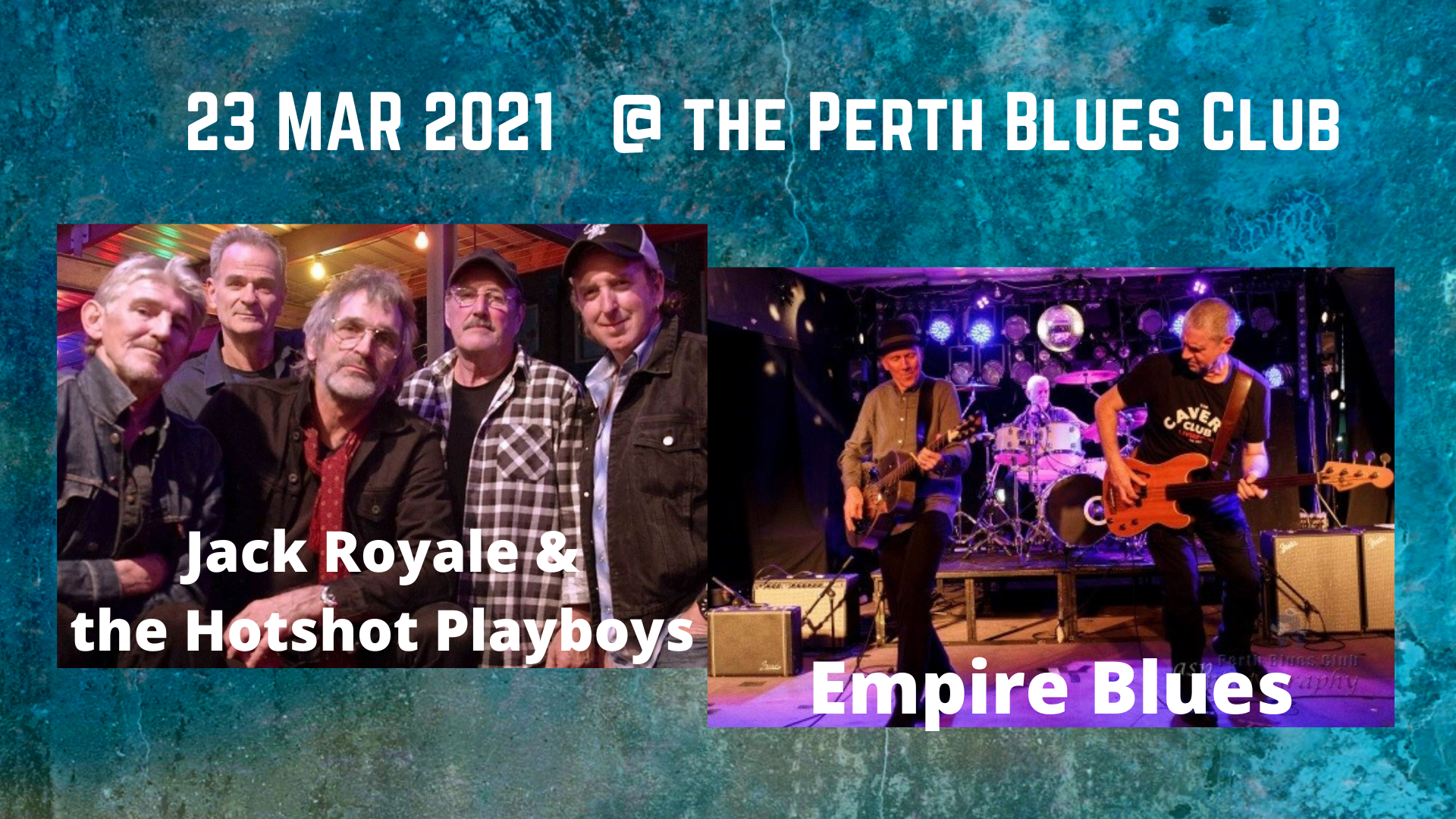 Rock & Roll, Rhythm & Blues, Country & Soul, and everything in between. From Chuck Berry to Bob Dylan, Jack Royale take you there and back!

Empire Blues is an established, dynamic Blues Power trio whose primary influences come from the British Blues invasion of the 1960s. Initially the band took its material from this period but over time it has moved to performing more original material in the belief that for Blues music to evolve you can’t keep just repeating the past.
Formed in 2005 the band features prominent Western Australian Blues musicians Andrew McIlroy (guitar/vocal), Alan Dawson (bass guitar/vocal) and Frank Shinall (drums and definitely no vocal).