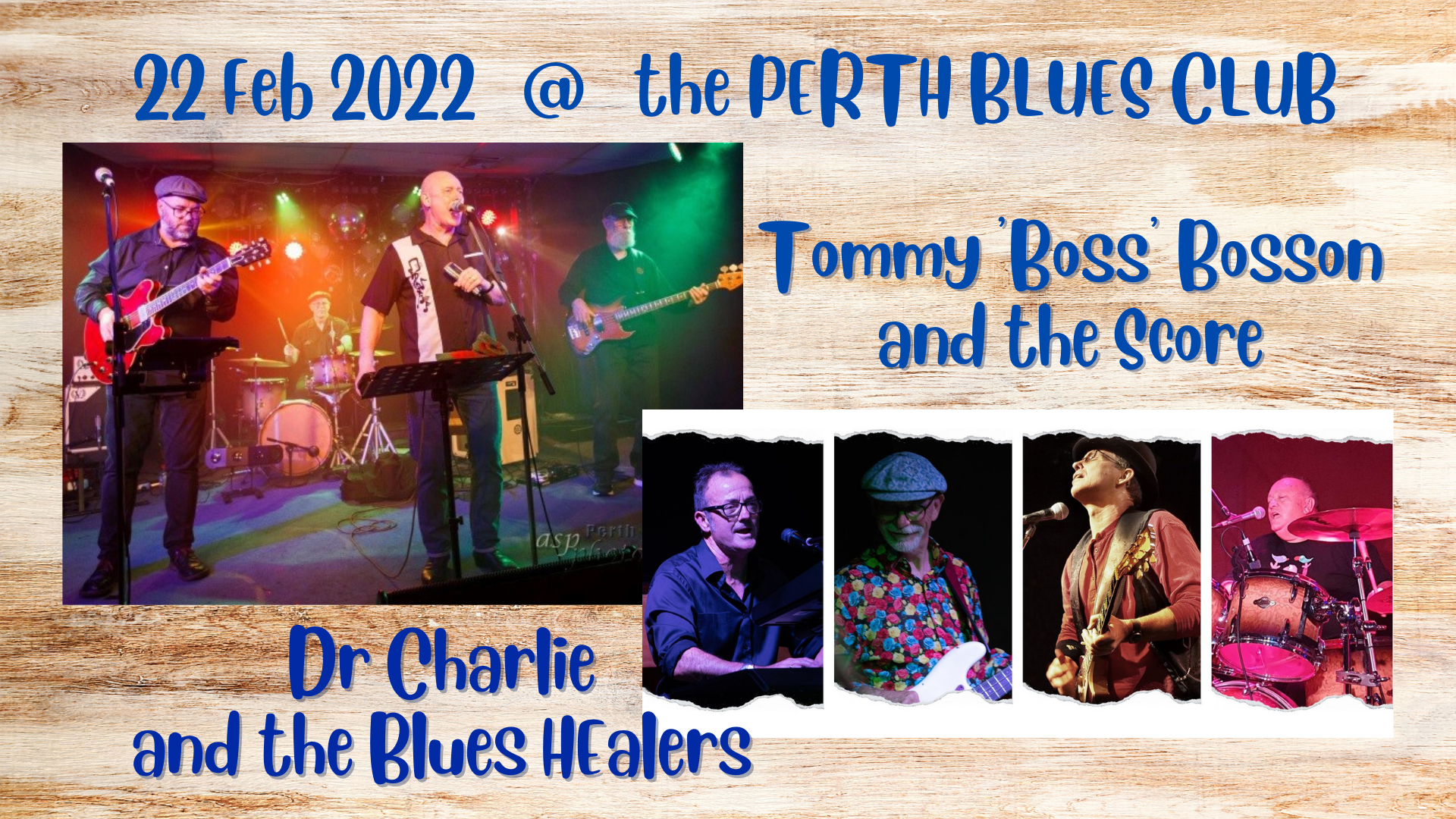 Tommy “Boss” Bosson on Harp and lead vocals, Glenn Carpenter on guitar and vocals, Al Wilson on Bass and Andy Rappitt on Drums.
Playing a mix of Chicago shuffles and West Coast Swing, from slow blues to hot jump tunes, Harmonic led and sharing the leads with Glenn’s tasty guitar licks. Andy and Al provide a solid back line and as a unit we get the dance floor moving to an authentic Blues band vibe.

Covid has had a dramatic affect and resulted in two long standing band members “giving up the ghost” leaving we old stagers to carry on! Of course we are looking forward to playing at the PBC again, it’s been over a year since our last performance there! This year the band welcomes new members Robert Bailey on Bass guitar, and Paul Hitchins on drums. Robert was an original member of AC/DC. He appeared in video footage of AC/DC, the Last Picture Show Theatre and was a band member during the recording of their debut album High Voltage. Paul was a member of “the Sports”. The band enjoyed considerable success during the late 70’s, and had several top 40 singles including “Who Listens to the radio” The band won the “King of Pop Award” voted by the readers of TV Week.