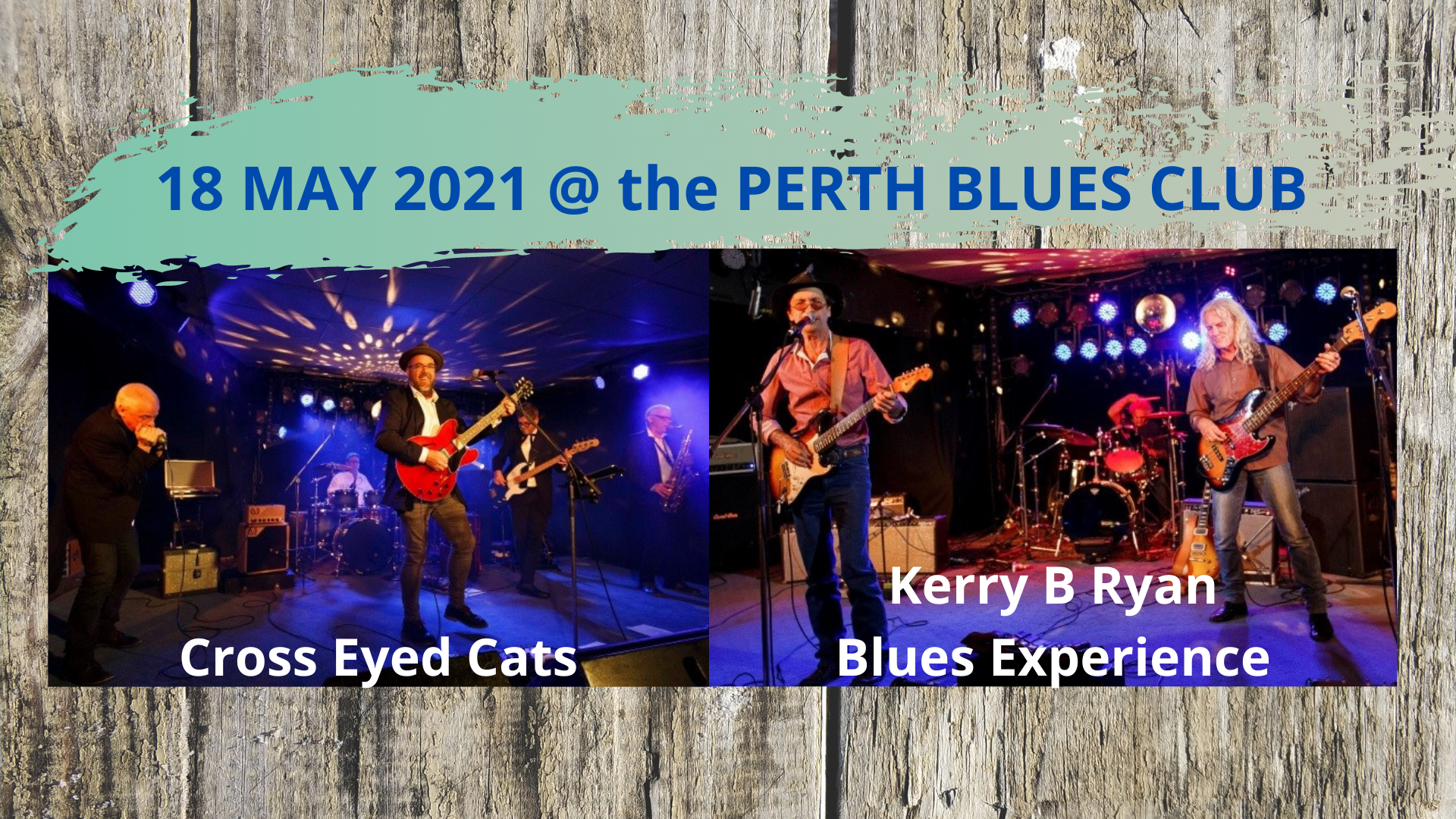 Cross Eyed Cats hail from Fremantle (mainly), Western Australia, and have been playing some bloody good blues for nearly 20 years (really? is it that long?) The Cap’n, Sweetlips, Gouldfingers, Baggy Shorts and Da Pumpkin congregate in the cellars and backyards of salubrious of establishments like the Davilak, Charles Hotels, the Fly By Night, Strange Company and The Duke of George in Freo, to conjure and concoct a veritable cornucopia of compositions in the idiom loosely referred to as the blues.
Steadfast in their unwavering commitment to having a great time and greasing the blues as only they can, the set list includes about half of the tunes of their own creation, about a third creative interpretations of old blues standards and about one sixth (do the maths) fair and square covers of tunes the boys love. Regrettably, you won’t be finding any KC & the Sunshine Band in their repertoire. Grab a drink from the bar, shout one for the band and enjoy some shuffle ‘n’ swing from Freo’s finest Cross Eyed Cats.

Kerry B Ryan, a Blues guitarist, born in North QLD, now living in the hills outside Perth WA . He is playing electric blues inspired by the likes of Jimi Hendrix, BB King, Albert King, Stevie Ray Vaughan and many other . But he has his own style, playing with heart and soul drawing on a wide range of influences Kerry gives all to his performances whether solo or with his band always aiming to give the audience the best show he can. Joining him on stage to make up the “Blues Experience” are Ian Ironside (drums), Paul O’Neil (bass) and special guest Mark Constable (harmonica).

Festival of the Fret