OVER THE TOP (Tribute to The Angels) & BLACK ROSE (Thin Lizzy Tribute) join forces to celebrate the 40th anniversary of two Classic Albums by legendary bands.

The Angels and Thin Lizzy

OVER THE TOP (Tribute to The Angels) & BLACK ROSE (Thin Lizzy Tribute) join forces to celebrate the 40th anniversary of two Classic Albums by legendary bands, The Angels & Thin Lizzy!! both Face to Face and Live & Dangerous where released in 1978 and have gone on to become two of the most influential albums of all time.

OVER THE TOP will be performing 'Face to Face' the second studio album by The Angels, which was released on August 12 1978. It was co-produced by the band with Mark Opitz at Albert Productions, and peaked at No. 18 on the Kent Music Report Albums Chart. For shipment of 280,000 copies, it was accredited as 4 platinum. The breakthrough album for the Angels delivered a tough blend of punk and metal. The band brought it home on stage behind their theatrical lead singer, jumping and gesturing maniacally, highlighting the drama in the lyrics. In every way they were one of the most exciting bands in the country!

BLACK ROSE will be performing one record from The Live & Dangerous double LP by Thin Lizzy which was released on June 2nd 1978. It was recorded in London in 1976, and Philadelphia and Toronto in 1977, with further production in Paris. It was also the last Thin Lizzy album to feature guitarist Brian Robertson, who left the band shortly after its release. In the UK, it was released on Vertigo Records and reached a high of No. 2 in the UK album charts. It remained in the charts for 62 weeks and eventually sold 600,000 copies. Stephen Thomas Erlewine of AllMusic described the album as "one of the best double live LPs of the 70s", and "a true live classic", containing more energy and power than the original albums.

at The Newport Hotel we host great performances of all the CLASSIC SETS:
featuring some of Perth's leading musicians! 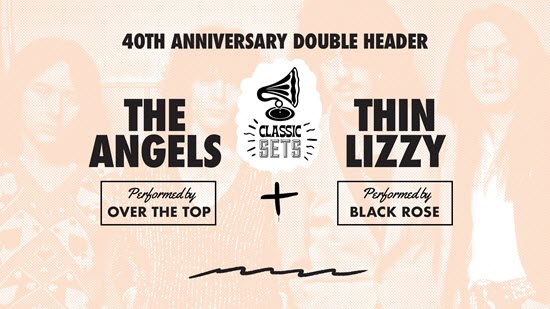 Funked Up Brass - A Dance Party Through The Decades!

Versus - BTS vs Blackpink