To borrow a saying from a very popular TV show, "WINTER IS COMING!", Melbourne bred progressive alternative rock juggernaut Circles will take their ‘Winter’ Tour across Australian landscapes throughout July & August 2019. In addition, they are taking fellow Wild Thing trailblazers Ebonivory along for the ride. With each band’s recent performances at PROGFEST 2019 completely breathtaking, and with Circles' live show one of the most powerful and mind blowing going around, this is a tour you definitely do not want to miss!

2018 was a watershed year for Circles, releasing their masterpiece album The Last One through Wild Thing Records in Australia/New Zealand and Season Of Mist internationally. Louder said that The Last One was "...very much in a similar fashion to countrymen Karnivool, Circles have crafted a modern progressive tapestry with plenty of wider appeal thanks to songwriting nous coupled with their apparent technicality." They then joined TesseracT on their Australian Tour in September as special guests. Soon after, Circles jetted off on their momentous return to Europe, touring across the continent with fellow Australian progressive rock trailblazers Caligula’s Horse between October-November, while also appearing at prominent festivals ProgPower Europe and Euroblast. Upon their return to Australia, they dazzled audiences on tour with Dead Letter Circus in December, before mesmerising PROGFEST in January 2019, with memorable performances as the festival’s Australian headliner playing to full houses every night.

Formed in 2010 by Ted Furuhashi, David Hunter and Drew Patton, Circles have constantly been at the forefront of progressive heavy music, with their musical foundations becoming a strong component of the worldwide djent movement. Their previous releases, 2011’s EP The Compass (Basick Records) and 2013’s Infinitas, garnered unanimously positive reaction from fans and critics across the globe. Circles' past European jaunts have included supporting heavy music luminaries such as The Dillinger Escape Plan, Monuments, and After The Burial. In Australia, they’ve toured nationally as direct support to eminent rock and metal acts such as Periphery, Fear Factory, Twelve Foot Ninja, and Ne Obliviscaris, while also performing at the nation’s premier progressive music festival PROGFEST on three occasions. 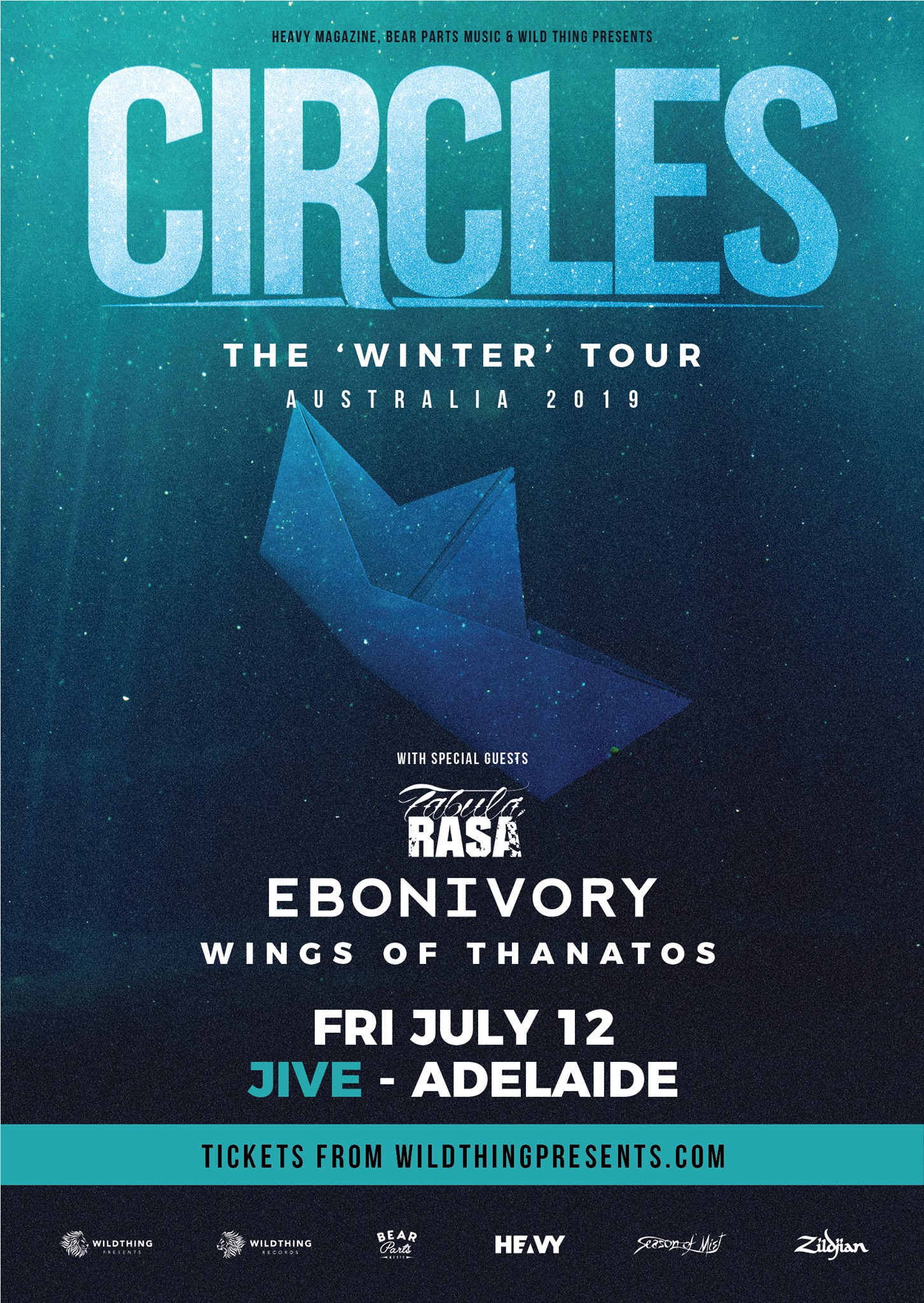