This press release usually starts with something like "The Schooner or Later Cruise" is back bigger and better than ever, and it usually is, but this time we have reason to put BIGGER AND BETTER THAN EVER in caps. So, what do we have in store for you? Not only do we have a punk rock & ska line up that reads like it's 1999 again, but we also have a bigger, better & more beautiful boat. The "Bella Vista" will cruise across Sydney's magnificent Harbour for almost four hours with great music on the top and bottom levels, tasty food served up by FOXHAT BURGERS, and finally, amazing craft beer thanks to Canberra's CAPITAL BREWING CO.

We know this cruise started as a covers cruise many moons ago but who would want to try and talk Australia's premier punk rock band FRENZAL RHOMB into playing covers? Not us. But hey, we did try to get them to do "Shut Your Mouth" from front to back, but we were told politely to p**s off. What we do have for you though is FRENZAL RHOMB - "By Request", We have banned the set list, so start thinking about what Frenzal songs you want to hear and yell them as loudly as you can at the band on the day.

In 2001 Australian ska legends AREA 7 put out a cracking album called "Say It To My Face" which included the hits "Nobody Likes a Bogan", "Leave Me Alone" & "Individuality". We are stoked to not only have AREA 7 back on the cruise, but to be playing this album front to back in full! BYO dancing shoes, because these guys know how to get a harbour cruise going full circle.

After a couple of unsuccessful attempts to bring them back we finally cracked them. It's been so long between drinks we couldn't ask for covers, so expect a set of classic LOS CAP tunes, running through the very best of their back catalogue.

Kicking things off on level one will be Adelaide's finest STOLEN YOUTH, who have, for some crazy reason, put their hand up to cover the best songs from the album "Today's Empires, Tomorrow's Ashes" and more classic tunes by PROPAGANDHI. If this isn't a reason to get you pumped early, then we give in.

As usual there are plenty of acts on the top level which include LUKE YEOWARD, formally of the KING CANNONS. Luke is now putting out some cracking solo stuff - check out the album & song "Ghosts" and get a little bit excited. Luke will be joined by JAMIE HAY who needs no introduction, NINA & REUBEN from Hightime, ESS-EM (Covering THE LIVING END's self-titled album)and BILLY DEMOS (Covering Punk in Drublic by NOFX)

(Available until Sold Out - Limited Quantity)

Opposite steps of The Star (Casino)

ARRIVE AT 11:00AM FOR WRISTBANDS 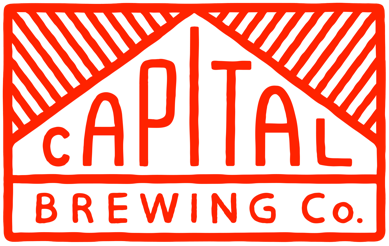 Justice For The Damned