Australia's favourite musical misfits are back, breaking hearts and bones (mostly their own) and to celebrate 15 Years of "Breakfast at Fatboys" 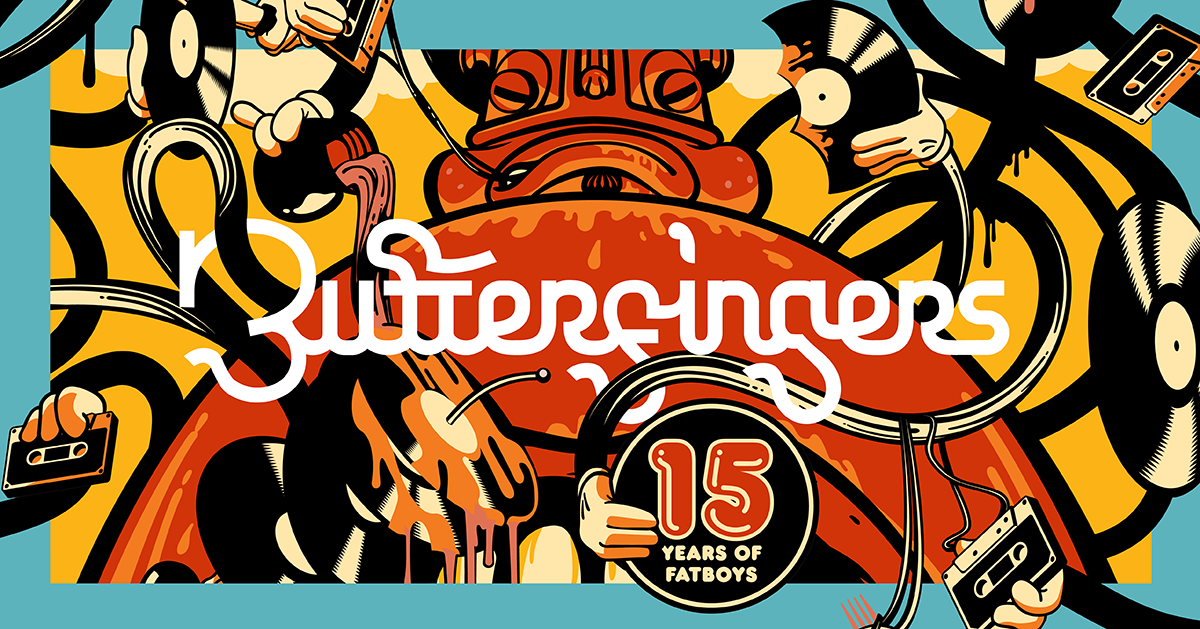 After a massive 2018, which has already seen Aussie hiphop royalty Butterfingers release new music, head out on tour and play a string of killer showcases at BIGSOUND, the legendary group have today announced the 15 Years of Fatboys Australian tour. The epic run kicks off on March 1, 2019 at The Villa in Noosa, before moving through to the Gold Coast, Brisbane, Wollongong, Newcastle, Sydney, Adelaide, Frankston, Geelong, Belgrave, Dunsborough, Perth, Hillarys, Melbourne, Hobart, Townsville, Airlie Beach, Toowoomba, Ipswich, and wrapping up at The Northern in Byron Bay on April 26, supported nationally by Melbourne MC, Fresh Violet.

With years of experience under their belts, their tongues inserted firmly and permanently in their cheeks, and an undeniable sense of rhythmic brilliance, Butterfingers are thrilled to bring their breakout album Breakfast At Fatboys back out on the road in 2019. They have also announced that the classic album will be released on orange vinyl for the first time ever, to coincide with the tour. Excited to kick things off, Evil Eddie enthuses, "We're super stoked to be hitting the road for the anniversary tour of Breakfast At Fatboys, and can't believe it's been 15 years. It's a good long list of shows, and there's going to be songs in the set we haven't played live since the original album tour in 2004." Set to play the album from start to finish, then sprinkle in some newer tracks and some old fan faves, Butterfingers are no strangers to the wild live scene of the Aussie hip-hop world.

Entry to Bar1 Nightclub is only accessible via the main stairs. No disabled access.

GOD IS A WOMAN more »

Join us to celebrate the music of John Mayer, one of this generation's greatest musical influences and songwriters more »