The concert is raising money towards The Andreas Florez Travel Scholarship for Artistic Excellence - established in 2016 by the Florez family with the aim of sending gifted music and art students to study overseas.

Featuring an array of Melbourne bands ranging from Hiphop, Jazz, Latin and Funk - the concert will be headlined by Darren Harts (HARTS) who also produced Andreas Florez’s debut EP “Delusions of Grandeur”. 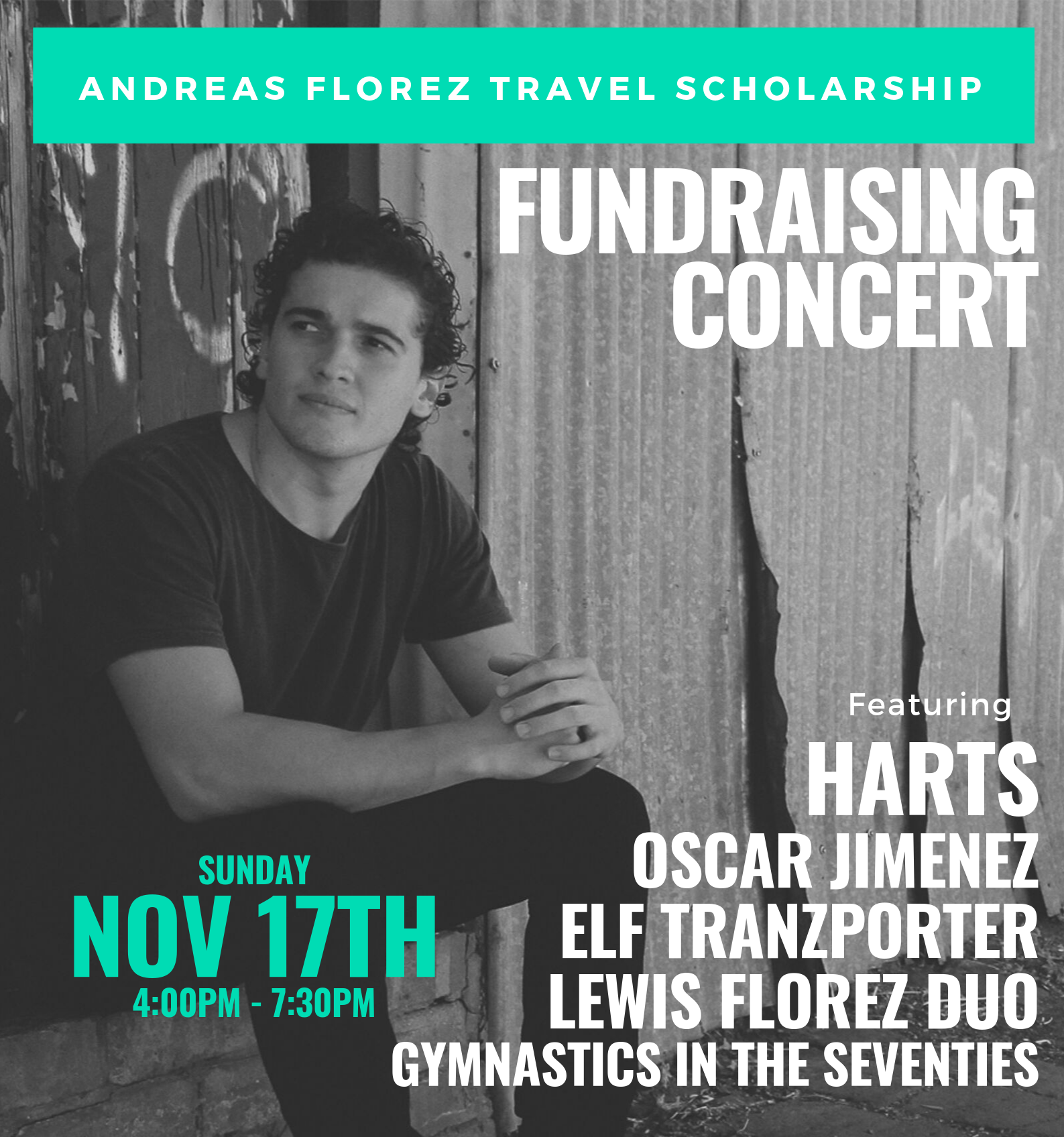 The Andreas Florez Travel Scholarship for Artistic Excellence was established by the Florez family in 2016. The scholarship will enable a gifted music, film or design student to study overseas.

Andreas Florez was a talented young musician with a passion for travel. He graduated from RMIT in 2015, but just months later was diagnosed with an extremely rare and aggressive strain of acute myeloid leukaemia He passed away six months later, just after releasing his debut EP "Delusions of Grandeur" and before he could realise his dream of pursuing a music career.

"We believe that education is a powerful gift that impacts and transforms people's lives. It contributes to shaping the world in making it a better place by promoting and supporting talent, knowledge and learning."

You can support Andreas's legacy by donating to the scholarship, to give this life-changing opportunity to a talented student every year into the future and help it live in perpetuity.