To celebrate the release of Melbourne musician Jackmann, aka Kris Schroeder's debut album titled 'Low Key', team Mosh got the chance to pick his brain about one of his all-time favourite past-times growing up, computer games. Uncover Jackmann's top five '80s computer games below:

With sexy gamer girls, full-scale tournaments, nearly 300 million active Candy Crush accounts, and real-world money changing hands for unique items built up in the bedrooms of 15 year-olds, gaming is about as close to mainstream as it ever has been.

But if you were a kid in the 80s who loved computer games, you were a pariah. And I don't mean those kids that owned a Sega Master System, an Atari 2600 or a Nintendo, who played 'video games' - a term that still makes me cringe today.

No, if you were a proper nerd kid in the 80s, you had a VIC-20, Commodore 64, Spectrum ZX, Amstrad or an Apple IIe and played computer games. And you didn't dare talk about it, because despite what Stranger Things might want you to believe, you didn't have a cool gang of buddies to save the world with. No, your life involved usually waiting 5+ minutes for a cassette to load up a game so you could murder your palm fangin' away on a joystick trying to beat Russia in Epyx's Summer Games so you could hear the Australian anthem played over an 8-bit speaker.

So, as a tribute to my younger, friendless self, here is my list of my Top 5 Favourite Computer Games from the 80s: 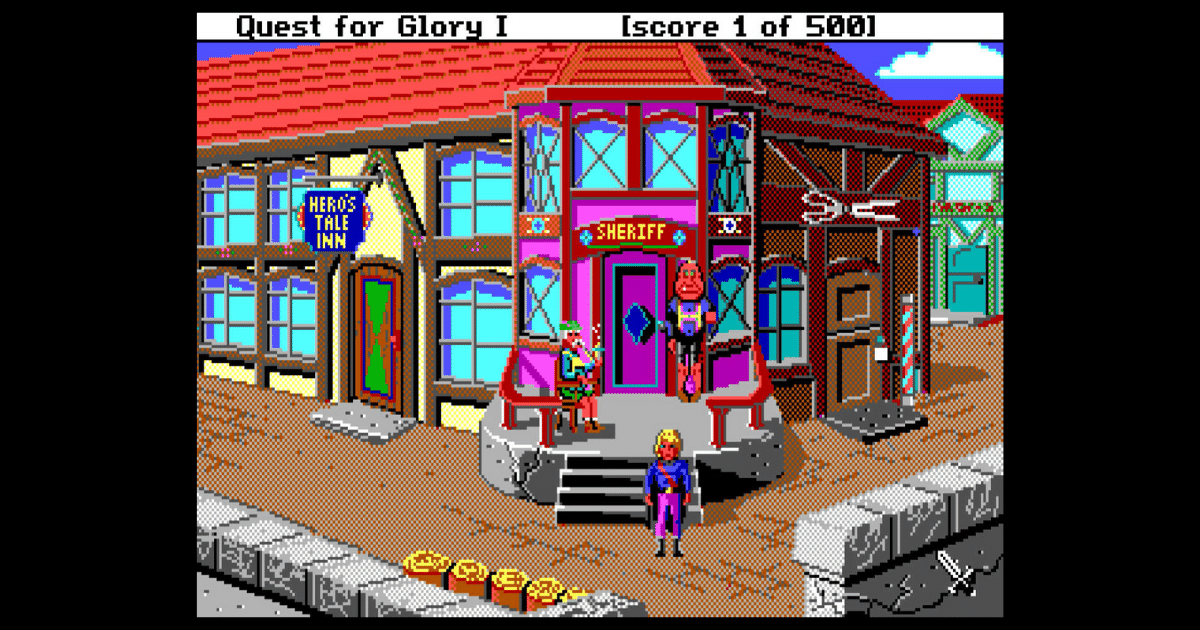 Sierra (later Sierra On-Line) released several games under the 'Quest' banner, most famously the King's Quest series. My first encounter with these groundbreaking adventure-based romps was Hero's Quest, which - due to the failure of Sierra to copyright the name - was later re-released as Quest For Glory.

My discovery of this slapstick, Monty Python-fuelled tale of a young guy who wants to be a hero (the game's subtitle was 'So You Want To Be A Hero?') was almost as epic as the game itself. I'd often accompany my mum on her shopping trips to Frankston, and while she was doing her thing, I'd wander around the Myer Department Store, and browse around the computer section, where they'd have demo computers running software. On this one particular occasion, I discovered this game demoing on a machine and quickly got sucked into its mix of adventure and comedy. I don't know what the staff there thought, but week-on-week I would spend an hour-or-so edging closer to the game's climax. In the end, I did get the game (after much begging) and managed to finish it at home, but nothing will replace those heady days at Myer Frankston. 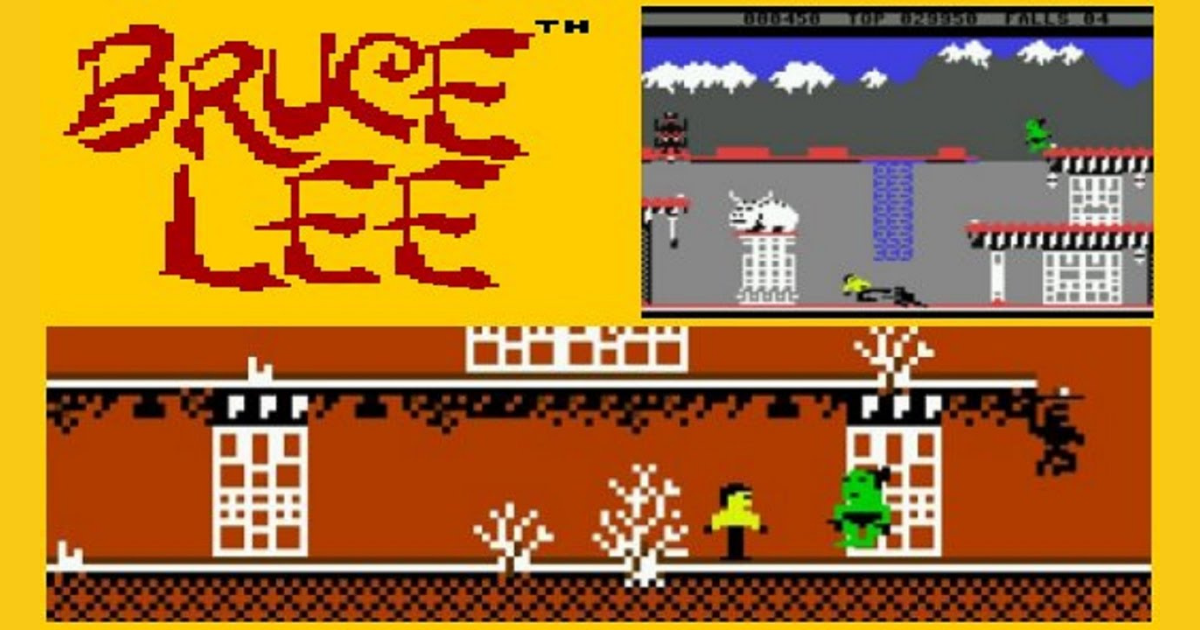 Kids of the 80s were obsessed with martial arts and Asian culture in general. Be it The Karate Kid, American Ninja, The Golden Child, Monkey Magic or Big Trouble in Little China (my personal fave), we lapped it UP.

But no one was bigger than Bruce Lee. The ultimate. The legend. The computer game?

Yes, back in 1984 some dudes managed to construct a platform game which somehow managed to capture the atmosphere of Bruce Lee perfectly. Looking back now, I can't even say how - it doesn't appear to have been based around any particular one of his films, and features a collection of enemies which are hardly unique to his body of work. But it was just magic. There was a subtle tension in the puzzles, knowing that the black ninja or Yamo were coming for you. And it only took a slightly messed-up joystick move to have Bruce freeze mid-kick and the live counter to drop.

But you know what? I actually finished this one. And the ending... I won't spoil it. It was glorious. 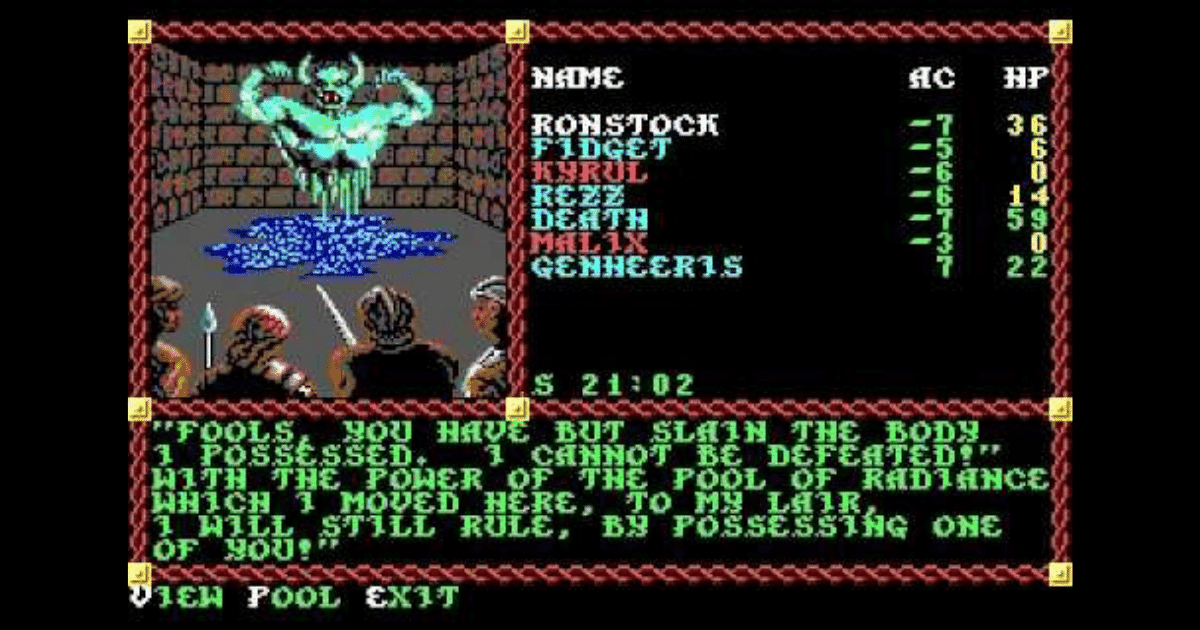 The first of the acclaimed 'Gold Box' series, Pool of Radiance was a double-whammy as far as nerd culture goes, being the first official game to be based on Dungeons & Dragons. Along with Richard Garriott's Ultima series, this game and its multiple sequels defined the fantasy roleplaying genre, its mixture of 3D first-person exploration and top-down dimetric projection essentially paving the way for games like Wolfenstein, Doom, Warcraft and well... Baldur's Gate.

There was so much I loved about this game. You could create and personalise a party of six adventurers, some with the most ridiculous portraits (my favourite was a topless character with glasses who I called "Dick Smith" - I thought it was very funny as a 7-year-old). The included written journal would include clues as to what to do and where to go, including much-appreciated backstory and context - but had the interesting feature of including red-herrings and false rumours that would lure the player into traps. They had a code-wheel, which I would try and explain but you really have to have seen it to understand. And underpinning it all, a story of corporate deceit and tyranny which even at a young age I was primed to rail against. Plus magic. Lots of magic. 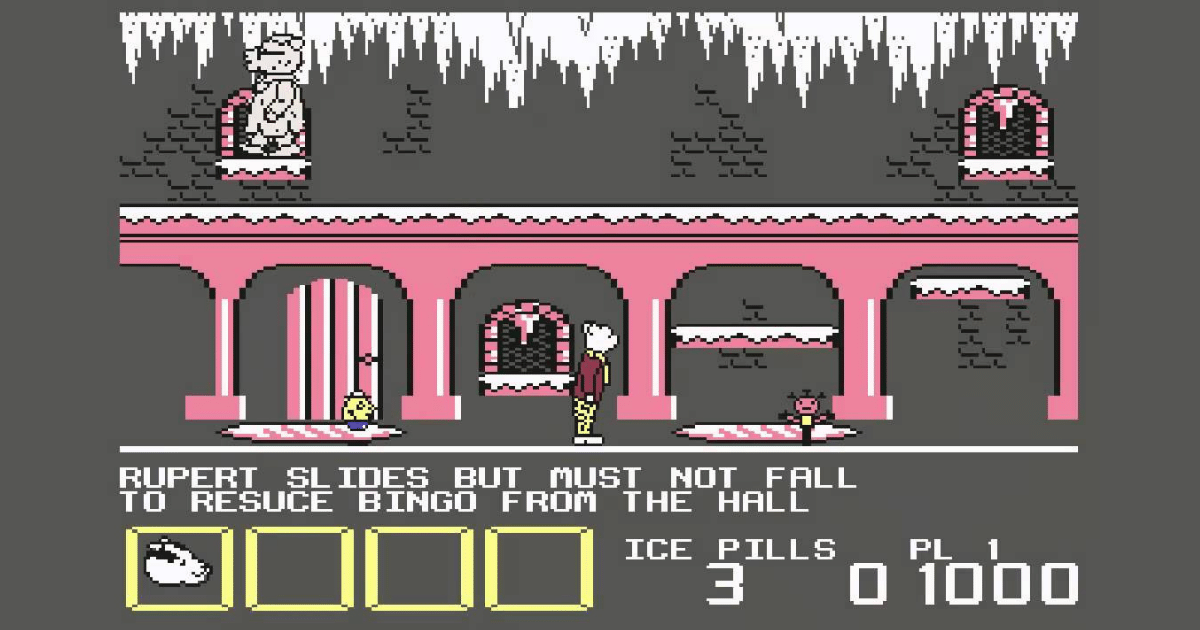 So back in the late 80s, there were obviously some games that were sold as stand-alone products - your Wizardry, Dragonslayer, The Bard's Tale, Sid Meier's Pirates, and the Carmen Santiago series. But then there were these multi-cassette compilations of games that I guess didn't sell well. Sold under the name "They Sold A Million" (which they clearly didn't), these included such titles as Safari!, Beach Head, Ghostbusters, Match Point, and Daley Thompson's Decathlon, and The Great Escape, these games were absolute grinds. And I don't mean grind as what it means today, I mean that there were no clues, no hints, no idea what to do. You could be stuck on a problem for weeks. The C64 game of Labyrinth was one that I desperately wanted to complete (and nearly made this list), but just defied the logic possessed by my 8-year-old mind.

The premise of Rupert and the Ice Castle was that Rupert's friends were frozen by the evil sister of Jack Frost (who is actually one of Rupert's friends). Another platform game, you had to dodge and weave through dozens of levels, all the while accompanied by a classical soundtrack to rival the infamous foreboding of Jet Set Willy.

As close as I felt I was, I never ever finished this game. I got close so many times, and my mum still brings it up - "Oh Kristen, do you remember Rupert and the Ice Castle? You never finished it didn't you? You were so close!" 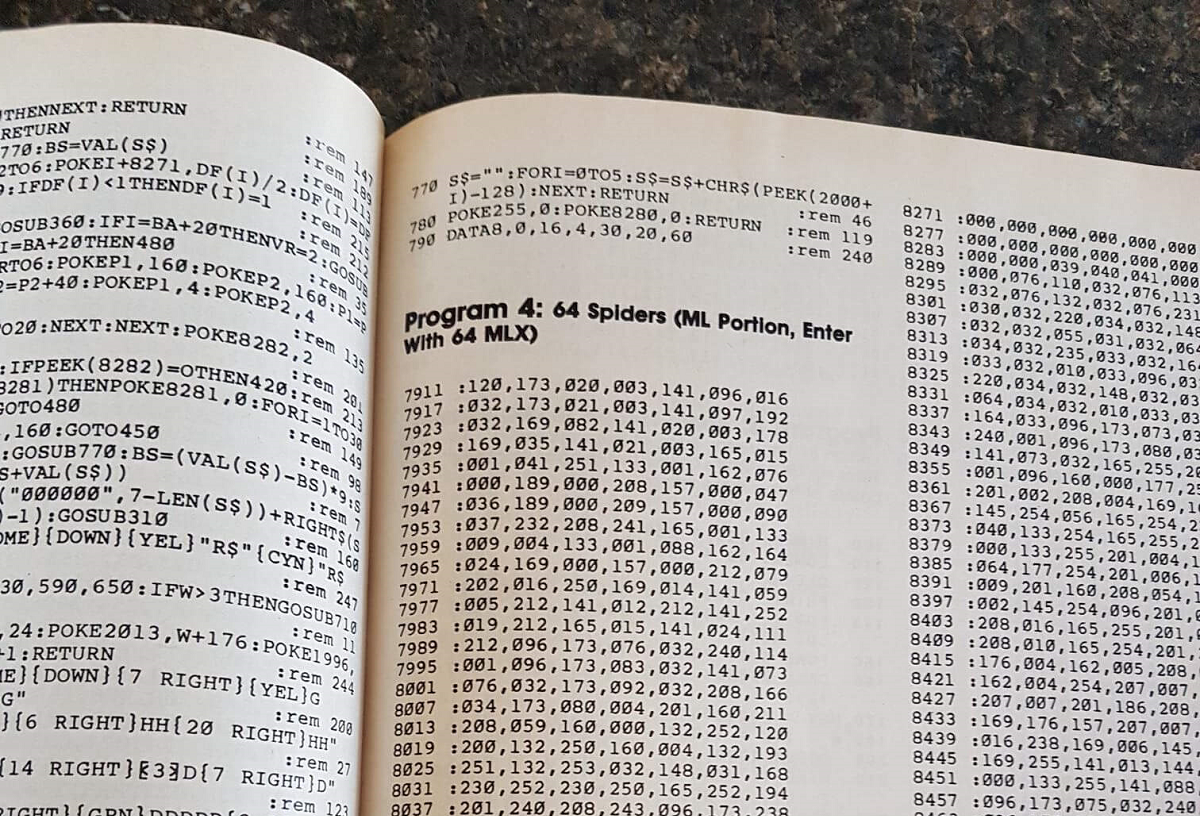 This last one is a bit of a cheat but is so important to my memory of computer games in the 80s, it had to be mentioned.

Try to imagine a time when computers were just a sophisticated branch of electronics. Where your local Tandy or Radioshack were the kings of DIY, and you could buy transistors, circuit boards, and full kits that you could assemble as you might furniture from IKEA.

There were no PCs or Macs - those were defined in the 90s. Instead, you had a whole range of home computers such as those I mentioned above. My dad actually built his own computer back in the early 80s, my earliest memory being of one of the two times I ever saw it work.

So along with this spirit of home computing, a range of magazines and books were published with the sole purpose of providing BASIC or hexadecimal code for enthusiasts to enter manually - mini-programmes and games that were always accompanied by glorious illustrations that sent my mind racing. Now called "Type-In Programs", I still have whole years worth of editions of Compute!

As so for hours (or what seemed like hours - it was probably 15 minutes), I would sit and enter lines of code starting with "LET" or something like "AA213FD51B3801043FBC". And it wasn't just a little bit - these were pages of code. And most of the time I managed to stuff things up and it would never work. And my dad would dutifully go through each line of code and fix it up, just so I could play this silly little game that didn't even come close to the illustrations in the booklet.

My obsession with creating my own games continued with the shareware programme Questmaker, but that story is for another day.

The point here is, the best games - like the best music - are the games you make yourself.

Jackmann's debut album 'Low Key' is now available digitally and on vinyl via MGM, you can buy or stream his album HERE.