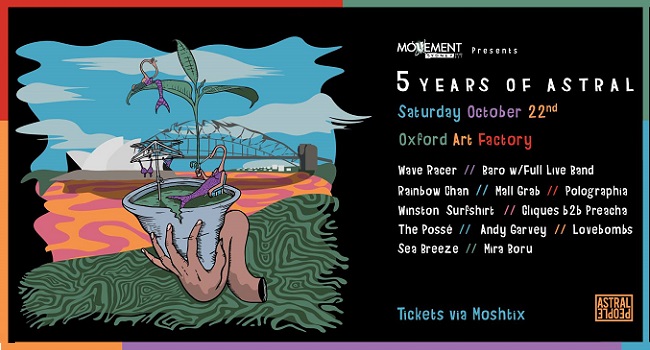 Sydney tastemakers, label makers & booty shakers Astral People are celebrating their 5th Birthday this weekend (with a tidy lineup of Wave Racer, Polographia, Baro and Rainbow Chan) and we thought it was only fitting to celebrate with a good old fashioned Top 5 list.

SINCE I LEFT YOU - THE ASTRAL PEOPLE TRIBUTE

Apart from running a label, managing artists and running the coolest of cool events in town, we all have Astral People to thank for nurturing the likes of Snakehips, Cashmere Cat, Tycho, Stormzy & Ryan Hemsworth who cut their teeth in tiny clubs before launching into global forces. It's the people like Astral taking a punt on underground who make this industry keep on going.
Come along to their epic birthday bash this weekend!