Your new fave Freo hotspot has arrived! The team behind Nokturnl Events reveal their latest project, transforming a heritage-listed landmark in the heart of Fremantle into a multi-purpose hospitality venue just in time for Summer.

The Old Synagogue will be home to four individual venues including Mr Chapple's, Tonic & Ginger, L'Chaim and The Arbor.

"It's an exciting time in Fremantle at the moment with the city undergoing a once in a lifetime transformation. The Kings Square Renewal project is nearing completion and new places are popping up all over. The Old Synagogue and adjoining Beer's Buildings that occupy 92 South Terrace have been boarded up for years. It's such a prominent location at the top of the Cappuccino Strip and for us, it was an opportunity not to be missed." - Ross Drennan

Tonic & Ginger will be the main eatery within the precinct as a two-level modern Asian restaurant. Mr Chapple's, named after the first owner of the site after the Jews left, will boast a large focus on West Australian craft beer as well as an extensive spirits list. L'Chaim pronounced 'la hime' will be an old-world themed hidden small bar located in the cellar under the building. The Arbor is the big beautiful beer garden that has an alfresco and rooftop deck overlooking Fremantle Oval.

The Old Synagogue officially opens its doors this Friday. For more details head to their website HERE. 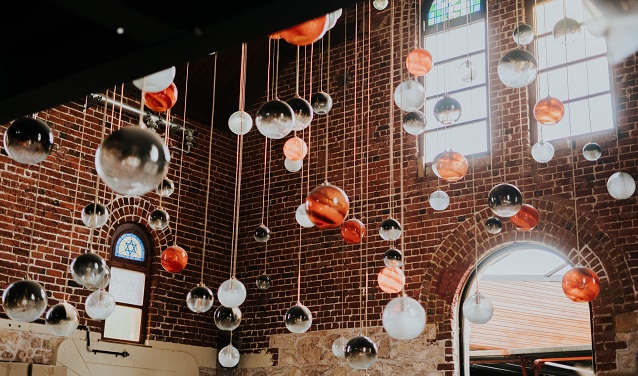