The Hen House Artist Management by arrangement with WME & The Coda Agency present...

Since their launch last February, THE FAIM has been an artist on the rise, to say the least. They unveiled their critically acclaimed debut EP, Summer Is a Curse, toured exhaustively worldwide, supporting the likes of PVRIS, Hands Like Houses, Sleeping With Sirens and Against the Current as well as playing European festival staples including Reading & Leeds, Slam Dunk and Download Festival all whilst playing over 150 shows in just the past 13 months.

THE FAIM’s early success is evidence of the importance of belief and hard work, and what it means when you’re willing to make sacrifices for your art. The band is currently working on their debut album, which is slated for release in September. 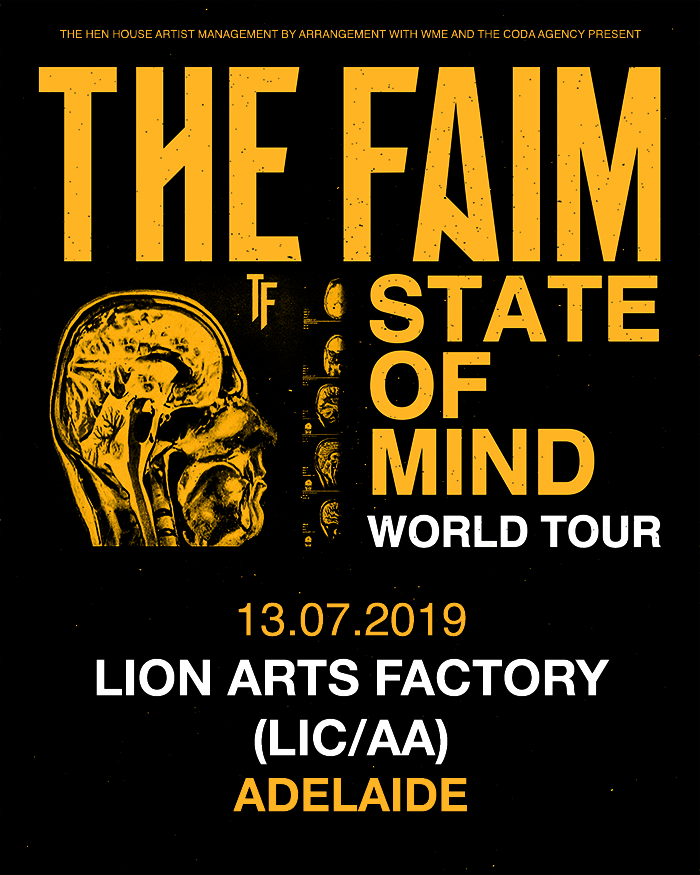