The event organisers have been in touch to let us know that Sly Withers - Explode Into View Tour on Saturday 15th May 2021 has been rescheduled to Friday 11th June 2021@ UC Hub, Canberra ACT.

Statement from the band:

Hey mates. We've got some news about the shows this weekend. We're rescheduling Sydney, Newcastle and Canberra dates to 9, 10 and 11 June respectively. This change allows us to avoid Sydney's current restrictions, as well as decreasing the risk of the rest of the tour being affected by our planned presence in NSW this week. We know this may come as a disappointment to Newcastle and Canberra ticket holders - but the delay allows all three bands to make it back to you in only a few weeks time.

To coincide with the release of ‘Explode Into View,’ the first single from their forthcoming new album, Sly Withers has announced they’ll be embarking on a national tour rescheduled to May 2021, starting in Adelaide and working their way around capital cities and regional centres across the country. Tickets are on sale now from www.slywithers.com 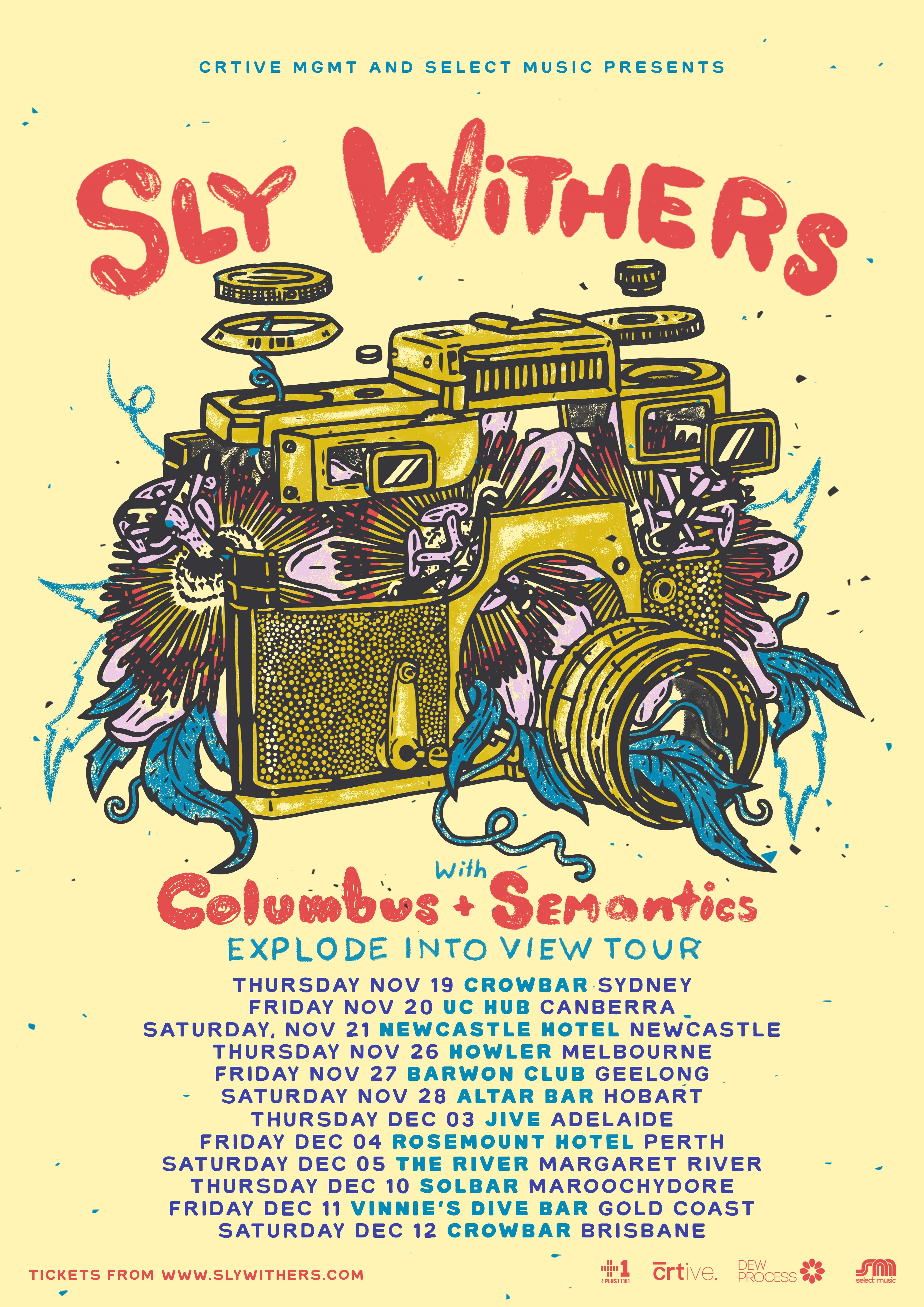