Shakafest is back in August 2017 with a bangin' lineup of Aussie talent!

Bigger, better and back for its second year Shakafest is a reflection of the Gold Coast's street scene combining Aussie Hip Hop, Grunge,Surf Rock, DJ's, graffiti art as well as a massive half pipe with all round skaters to create the ultimate skate demo.

As a collaboration between Miami Tavern and Wedge Head Events, Shakafest not only smashes together all of the valued niche cultures that the Gold Coast is famous for, it also attracts diverse groups of people looking for something new and exciting to experience. With the combination of skate, surf, art, food and music - This new festival is truly a celebration of the Gold Coasts unique street scene. 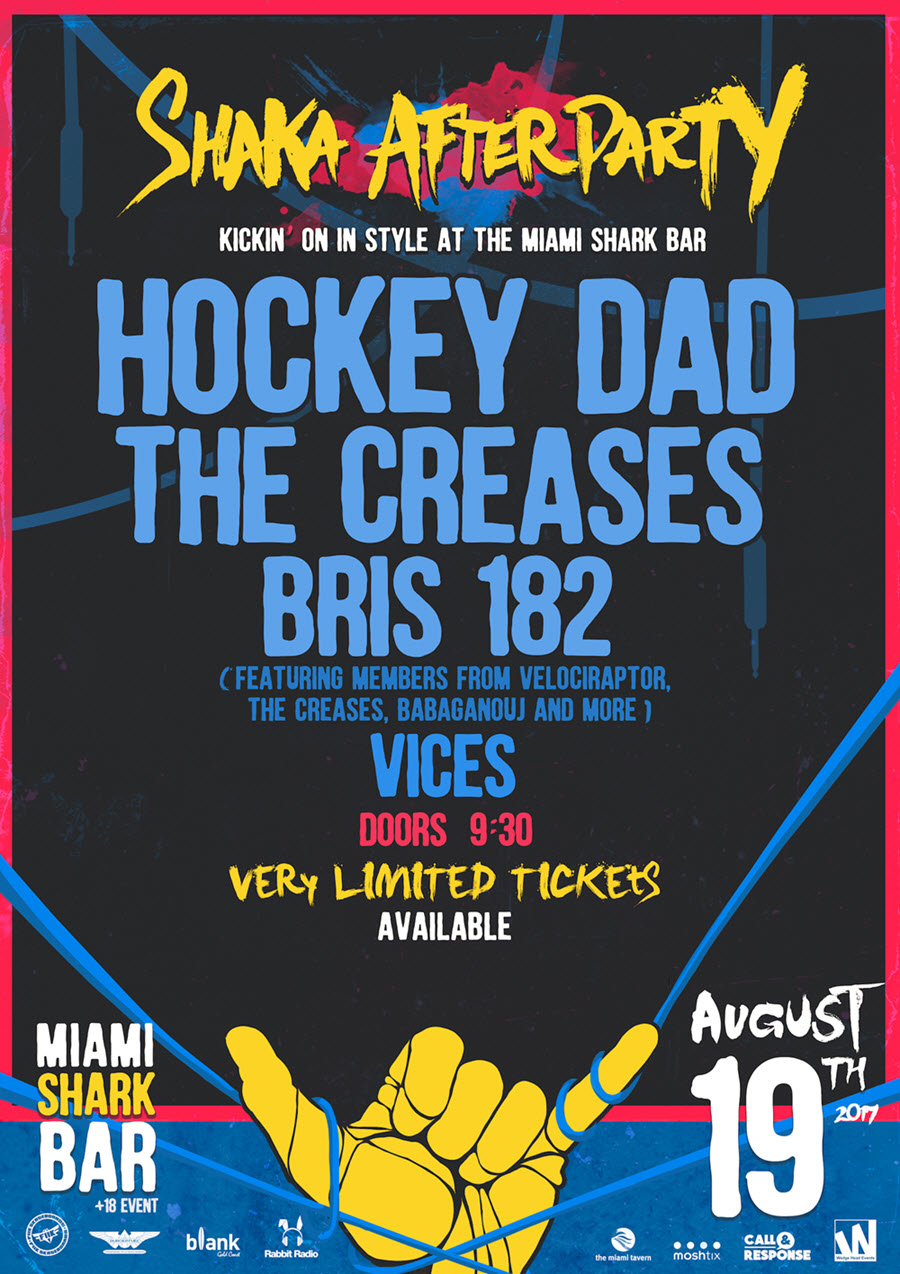