It's a tropical night. You hear the sound of congas and bongos, brass sections and chorus vocals. It's a toe-tapping hip-rolling mambo and that cowbell is ringing and the bass is bouncing and while it's a familiar sound, something seems different this time.

SAN LAZARO's unique take on Latin music is a blend of old school salsa and classic Cuban Son. Beyond that, it references everything from psych funk to roots reggae to Spaghetti Western film soundtracks. It's raw, noisy and electric one moment and sweet and soulful the next. They cut their teeth on the standards of salsa and mambo, and are respectful inheritors of those traditions, but now stand alone as providers of a truly individual Latin sound.

A tribe of long-lost Latinos, SAN LAZARO formed after wandering the desert continent of Australia in search of themselves and their music. With backgrounds from Chile to Cuba to Catalonia, destiny drew them together at the Southern end of the world to sing the songs they needed to sing and tell the stories they needed to tell. There are protest songs, songs of midnight ennui and songs that promise musical salvation.

The music is a synthesis of far flung elements from all over Latin America's musical history: Afrocuban Rumba, Son Montuno, Peruvian Cumbia from the 1960s, New York Salsa from the 1970s, and more than a few echoes of the Chilean protest-folk movement that was extinguished in the coup of 1973. All the influences all together - unbound by borders or eras.
http://www.hopestreetrecordings.com/artists/san-lazaro/

Supported by local favourites LOS CHAVOS who channel the festival sounds and urban rhythms of Latin America to sway hips from Canberra to Colombia. With their signature energy coupled with complex arrangements and a large variety of rhythms; they never straying too far from their ska/reggae roots. Romantic ballads are given a ska/cumbia twist and hard-hitting merengue horns are mixed with calypso-hiphop.

The night will also feature special performances by local dance groups; all in all the perfect way to warm you up before the big DAY OF THE DEAD FIESTA on November 5th! More details at: 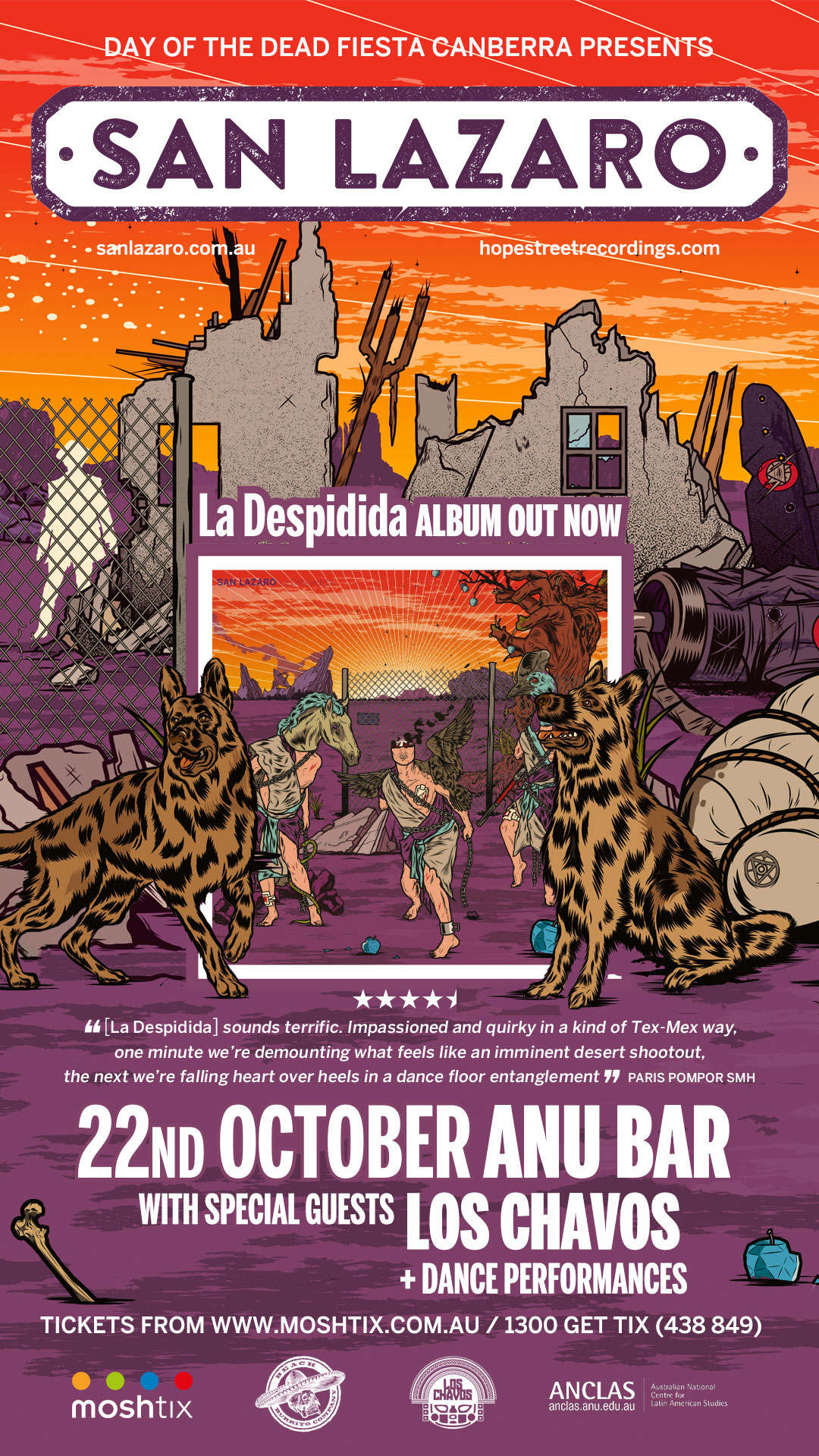