Emotional, resonant and astounding considering his youthful age of 15, London-born, Australian- raised Ruel's voice is like the eighth wonder of the music world. He already counts Elton John, Khalid and millions of YouTube streamers as fans and now builds on some seriously snowballing hype by announcing a huge Australasian tour (including dates for all ages in every city) slated for September and October 2018.

Showcasing breathless talents that have seen him compared to the likes of James Blake, Frank Ocean and Sam Smith, Ruel is a prodigious talent who is moving ever sharper into focus. His affecting, soul-infused singles Younger, Don't Tell Me and Dazed and Confused have been praised globally, prompting Sir Elton to describe him as "the most amazing voice that I've ever heard from a male singer at 14 years of age".

This rave was followed up by an interview on John's massively popular Rocket Hour Beats1 radio show, exposing Ruel to an international audience and resulting in an opening spot on rising American star Khalid's huge Australian tour just weeks later.

All this global attention had seemed inevitable for the Sydney native since he made his official debut via a feature on M-Phazes track Golden Years (a tune he was later to perform at the Commonwealth Games Opening Ceremony). The collaboration was lined up after Ruel's father sent a demo to the Grammy winning producer of Ruel singing James Bay's song Let it Go. M-Phazes reaction? "I lost my mind when I heard his voice!"

In fact, triple j listeners had a similar reaction in June 2017 when the two again teamed up for a Like A Version performance of Jack Garrett's Weathered. It was his debut live to air performance and interview - marking the first time many people had heard his voice or even seen his face. Hysteria ensued as the track gathered over half a million plays on Facebook within 48 hours of release. It went on to become one of the most viewed Like A Version's of 2017 and announced Ruel as a major star on the ascent.

From first picking up his guitar at the age of 8 to headlining prestigious venues at the age of 15, it's been a meteoric rise for this enormously talented singer songwriter. His debut EP, fittingly titled Ready, was released in June and signals an extended career in the spotlight.

Ruel is no stranger to the road, earlier this year his single launch parties in both Melbourne and Sydney sold out instantly. For fans eager to get their hands on tickets and avoid sold out disappointment make sure to sign up to the Secret Sounds pre-sale. 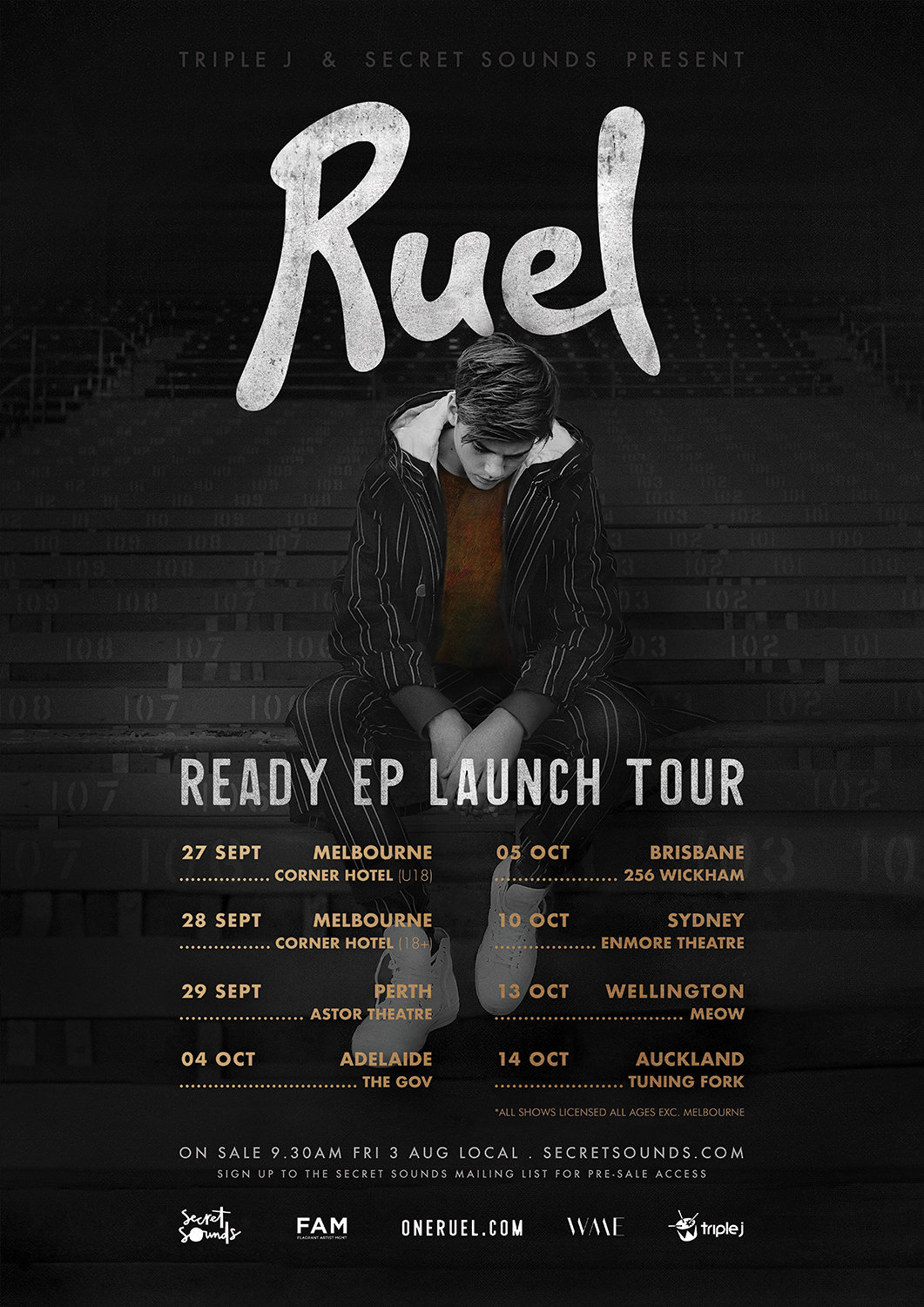 This event has been rescheduled for Saturday 6th March more »