FOR HIS AUSTRALIAN DEBUT, THE CHICAGO HOUSE ICON BRINGS THE WEEKENDER TO A CLOSE WITH HIS FULL LIVE SHOW

Gherkin Jerks, Disco-D, The Housefactors, Fingers Inc., The It, Blakk Society. Larry Heard has released some of house music's most enduring tracks under a myriad of different guises over his storied 30 year career, but perhaps his most well-known alter ego is Mr. Fingers. In February 2016, Heard released the Outer Acid EP - the Chicago producer's first material as Mr. Fingers in over a decade. The resurrection doesn't stop there: In a once-in-a-lifetime closing party at Carriageworks, Red Bull Music Academy is proud to present the Australian debut of Larry Heard, performing live as Mr. Fingers after a 20-year hiatus 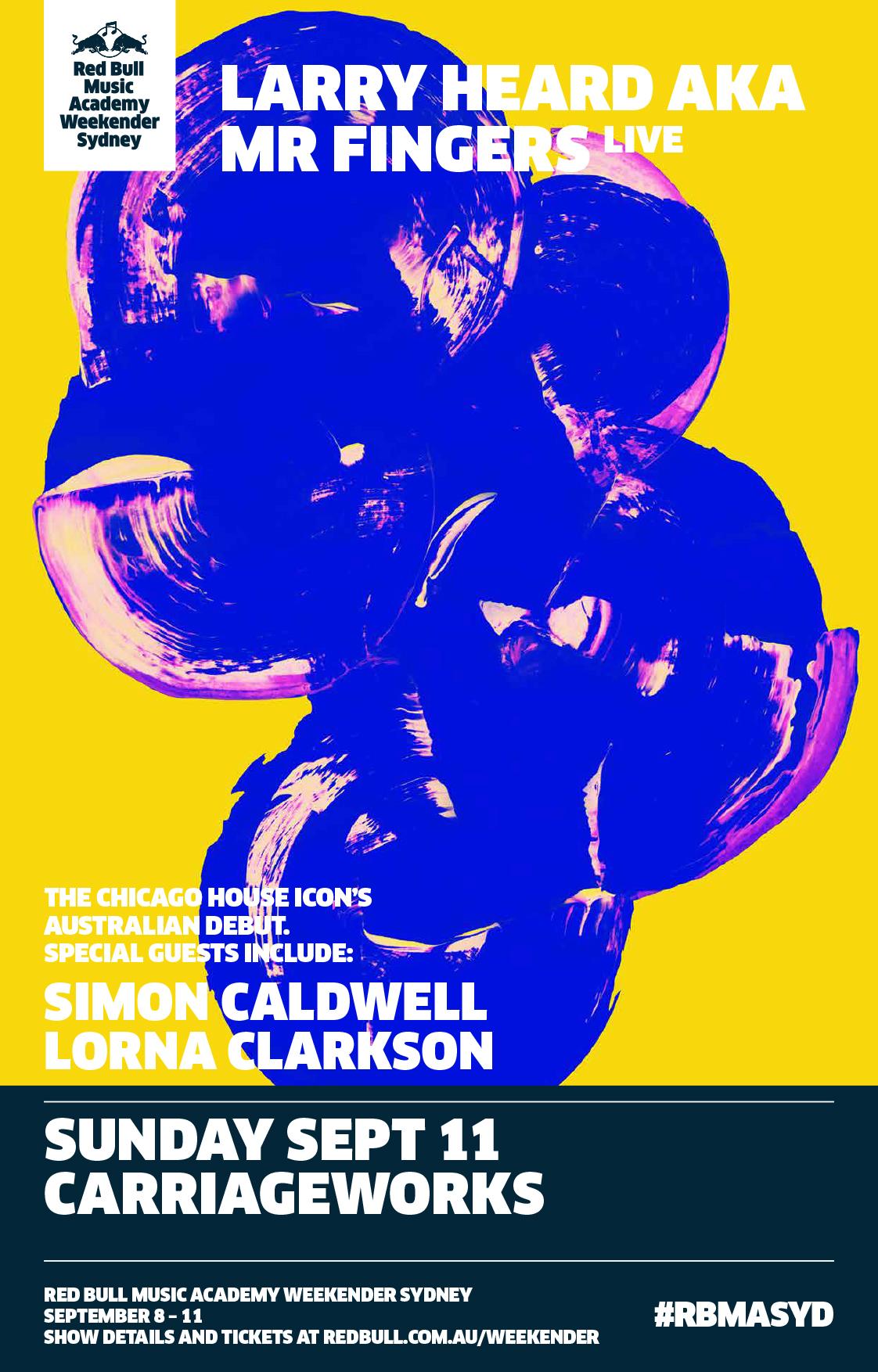