Kick the Dust Up is set to put a new spin on the standard country music festival!

Kick the Dust Up is set to put a new spin on the standard country music festival!

A new era of country music has begun in Australia which is modernizing the traditional themes of country. The artist featured at Kick the Dust Up are at the forefront of the new wave. Artists such as Christie Lamb, Natalie Pearson, Casey Barnes, Hurricane Fall, The Viper Creek Band and local talent Hayley Jensen will bring a new sound that will appeal to traditional country music fans but also playing songs that would not sound out of place on commercial radio. 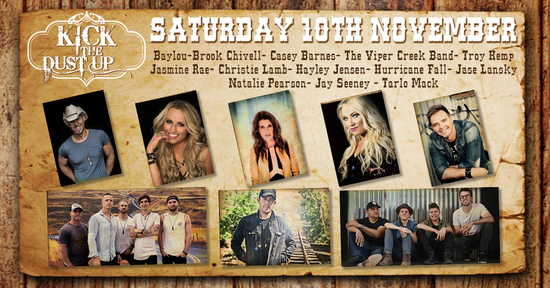