Kiwi roots reggae ambassadors KATCHAFIRE have announced 2018 Legacy Love Today Tour dates around the country to celebrate the release of their 5th studio album 'Legacy' and the success of several singles lifted from the album including 'Love Today'. 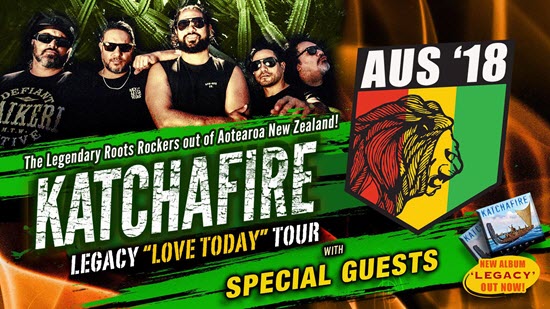