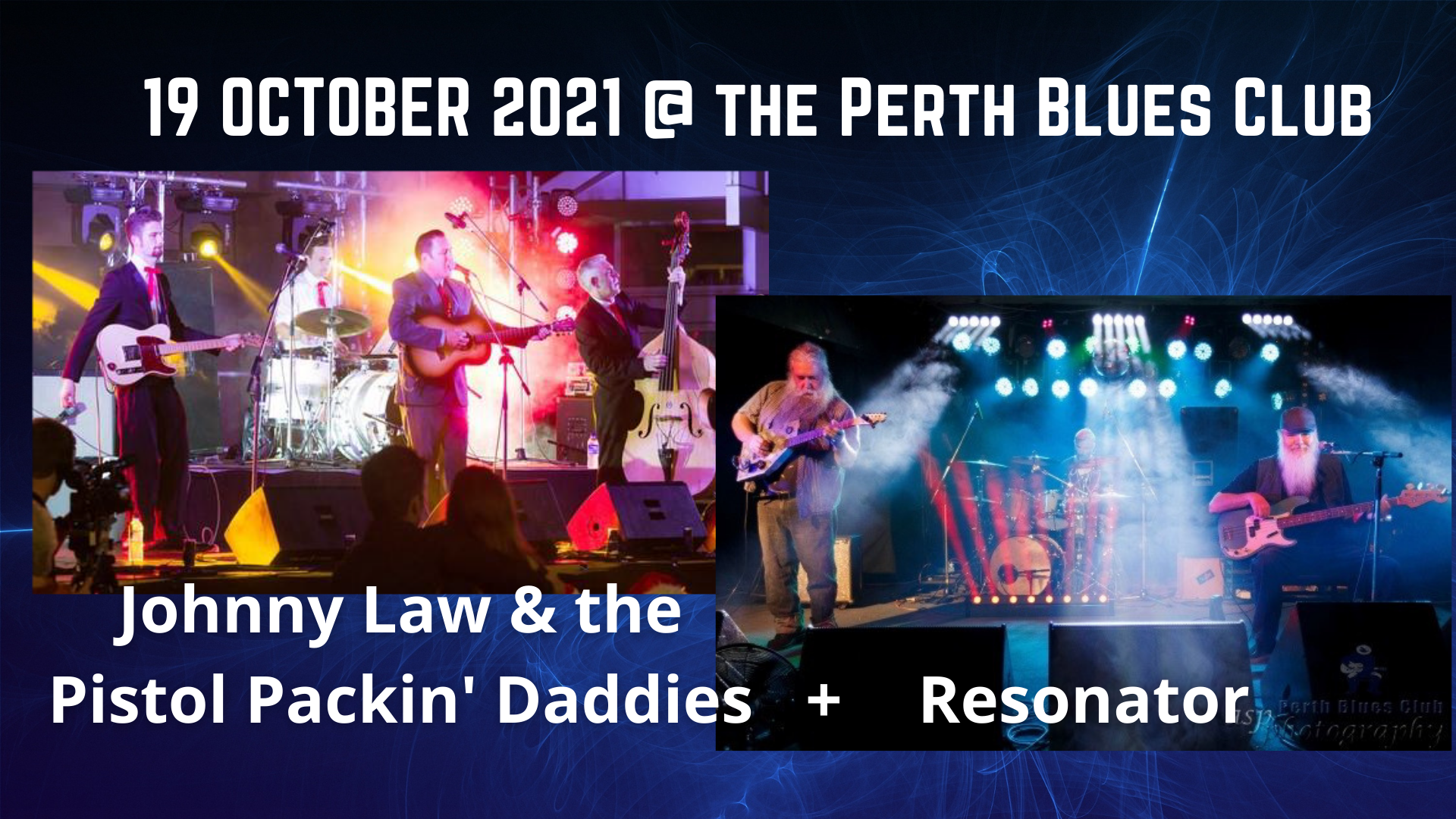 Johnny and the boys’ ever evolving style encompasses the great sounds of the 1950’s, with styles such as Americana, Rockabilly, Country and Rock and Roll. Johnny hails originally from Perth Western Australia, but has spent time living in California and toured extensively, constantly developing and absorbing influences and inspiration from the global music community. His music has been described as a raw, real traditional rockabilly mixed between Johnny Carroll, The Johnny Burnette Trio, and early Elvis Sun Records stuff with a modern sound as well.

Resonator are one of Perth's most entertaining cover bands, a three‐piece outfit with a big, fat and fulfilling sound, is Resonator. The band plays rock and boogie classics from a wide range of styles, including electric rock, lowdown blues, acoustic country and funky grooves.

19th October, 2021 - When we think of Australia's most iconic live entertainment...
x