In February the Huon Blues & Roots Festival was cancelled due to the fires in the local area and the ongoing threat to the local community. However, due to popular demand, a majority of the original lineup has been arranged with a new date - Saturday April 13. The event will now also be a fundraiser for the TASMANIAN VOLUNTEER FIRE FIGHTERS with $10 from each ticket sold going towards the organisation for the purchase of new equipment.

Spend an afternoon at the serene Home Hill Winery Estate on Saturday April 13 listening to the sounds of Tex Perkins & The Fat Rubber Band, Pierce Brothers, Jeff Lang, Monique Brumby and MT Blues. The event is family friendly and bus services will run to and from the venue from Hobart and Kingston.

Headlining will be Australian favourite, Tex Perkins accompanied by The Fat Rubber Band. Known for his work over four decades with such groups as The Cruel Sea, Beasts of Bourbon and Tex, Don and Charlie, Tex Perkins is an Australian musical workhorse.

Australian guitarist-songwriter-vocalist-producer, Jeff Lang has built a reputation for making startling music that is accomplished, intricate, gutsy, melodic and loaded with soul. Often taking unexpected turns, he has consistently inspired his audiences by creating a stylistically diverse catalog of over 25 albums. Each time he steps up to take a solo, his hard won style is unmistakable - fluid but with an edge of the seat recklessness. Acoustic fingerpicking, slide guitar, electric lead, banjos and mandolins drop into place like puzzle pieces.

Pierce Brothers have taken their music from busking on the streets of Melbourne to the world. Their irresistible energy and world-class live show has generated a word of mouth buzz not seen for sometime. Comprising of twin brothers Jack and Pat Pierce, the multi instrumentalists have sold over 50,000 EP's independently.

To launch their Top 10 ARIA EP "Into The Dirt" Pierce Brothers toured the world, playing over 50 dates across 15 different countries selling out multiple shows and performing at some of the world's largest festivals. Pierce Brothers are currently hard at work in the studio on their debut album.

Tasmanian born Monique Brumby's self titled album release is the 2 X ARIA Award winning singer/songwriter's 5th solo album. Monique's work displays a unique production style and expressive vocal delivery.Monique's songs remind us of why she broke through with 2 ARIA Awards for 'Best New Artist' 1996 and 'Best Female Artist' 1997. In 1998 Monique was nominated for ARIA 'Song Of The Year' for her epic ballad 'The Change In Me' from her debut album Thylacine. She travels from her current place of residence in Melbourne Australia to her spiritual home of Tasmania regularly to compose new material. She finds the energy, people and landscape of the island inspiring. 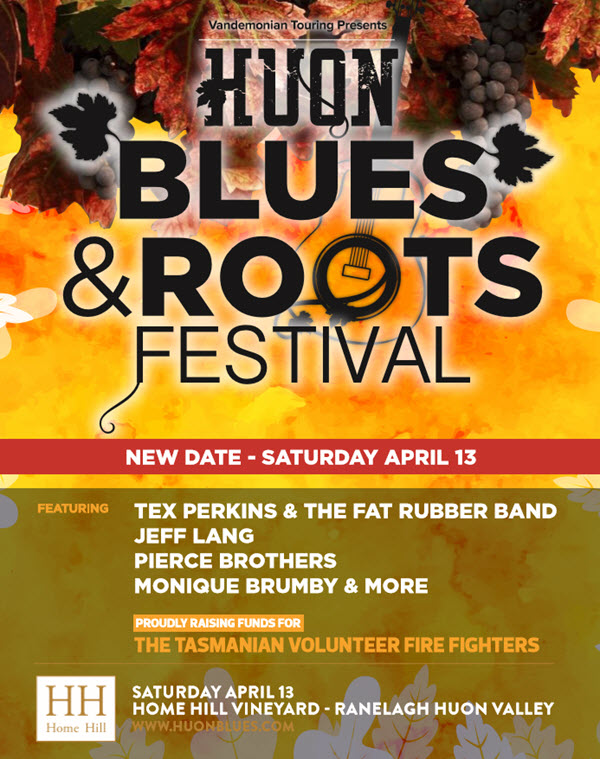