Coming off the back of their first-ever North American tour and a run of European dates supporting UK singer-songwriter Tom Walker, Hollow Coves have also just released their new single 'Ran Away'. A series of UK festivals and recording time follow next prior to their much anticipated home-coming Australian tour this August.

Quoting influences such as Angus & Julia Stone, Ben Howard, & The Paper Kites, Hollow Coves are setting out to deliver their own brand of indie folk. Their blend of earthy folk sounds, acoustic melodies & vocal harmonies has recently earned them 4 nominations at this year's Gold Coast Music Awards.

Hollow Coves released their debut EP "Wanderlust" last year on Nettwerk Records, which featured the standout and hugely popular track "The Woods." The single reached #1 on both Hype Machine and THR's "Top TV Songs" chart, and has since seen millions of plays across the globe. 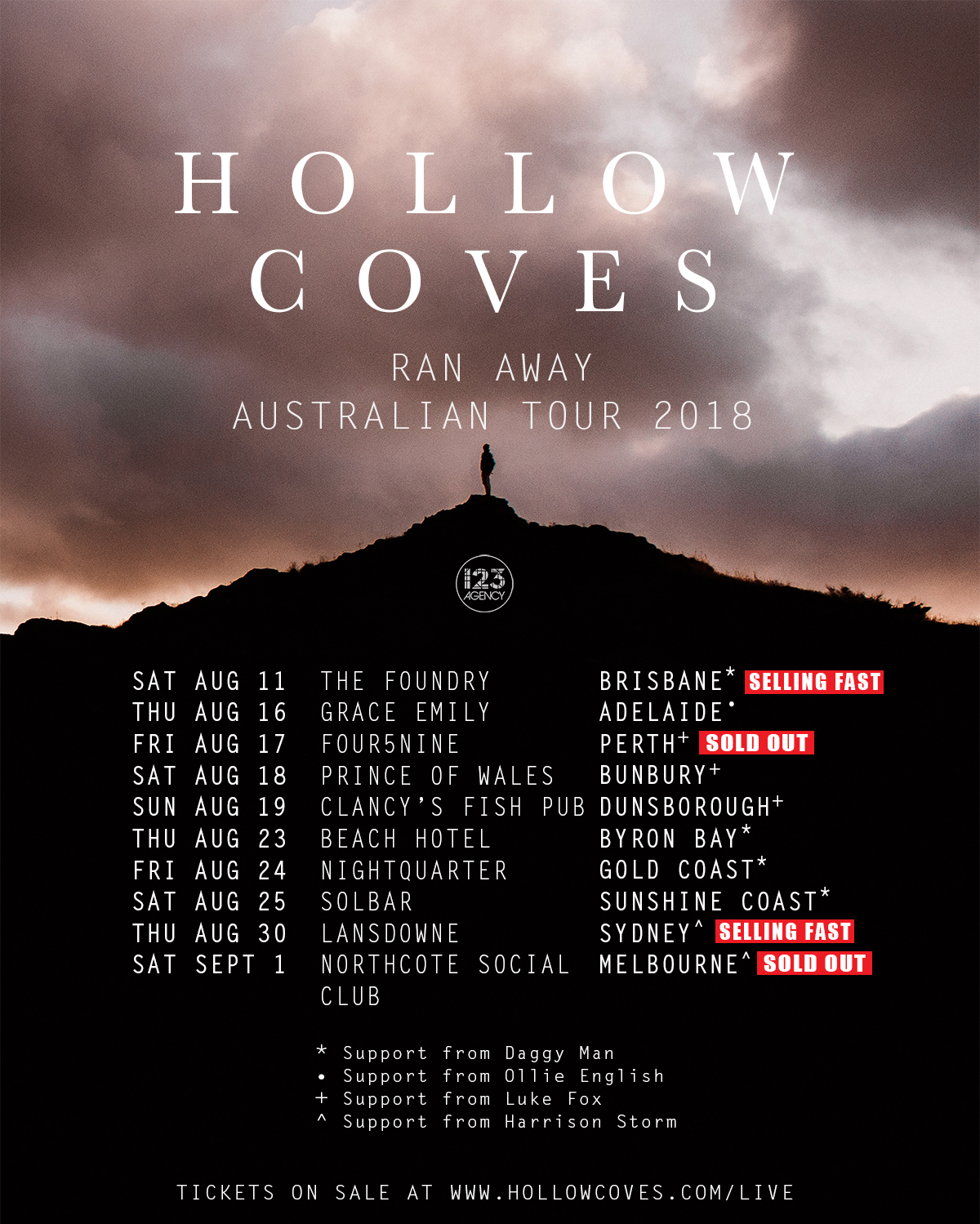 Fabels with Blood Plastic and Visitors

Fabels from Sydney: Watering cans and clotheslines on a sunny day, then the rain came so they went inside and started to play music. more »