Grapes of Mirth - Comedy and Wine in the Adelaide Hills

Grapes of Mirth is returning to the Adelaide Hills!

Five of Australia’s best comedians and your host Merrick Watts will make their way to Howard Vineyard for 6 hours of comedy, music, wine, gourmet grub and the most amazing festival vibes. 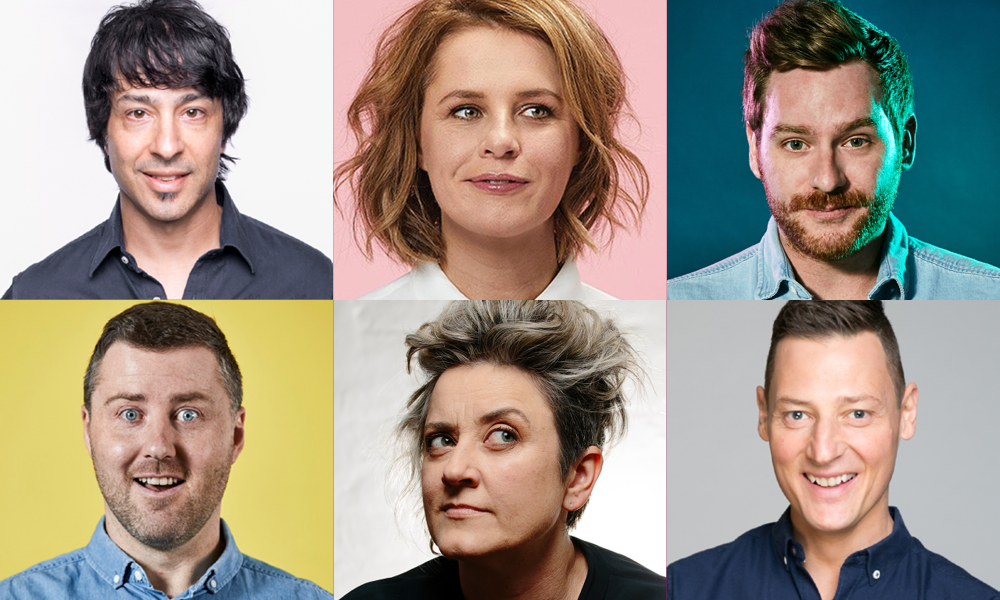 ARJ BARKER - Our first American comedian, from San Anselmo, California. He's now Australia's adopted son of comedy. He is a regular on Australian TV screens with appearances on every major channel. From playing Dave on the hit show 'Flight of the Concords', to ‘The Project’, ‘Just For Laughs’ and everything in between. Arj has a worldwide following, as a stand­up he won the coveted 'Perrier Best Newcomer Award' at the Edinburgh Fringe Festival, and has performed regular sell-out seasons at the Adelaide Fringe Festival and Melbourne International Comedy Festival.

ANNE EDMONDS - Eddo’s stand up is fearless and hilarious. A regular on Network Ten's 'Have You Been Paying Attention', 'The Project', and 'Hughesy We Have a Problem'. Winner of 'Director's Choice' and 'Piece Of Wood Award' at the Melbourne International Comedy Festival. Not one to tolerate any level of bullshit, Anne’s stand up takes aim at any worthy target, no matter how close to home it is. And, as any of her many alter egos, including the desperate sarong clad Helen Bidou, Anne transforms into characters that are terrifying and familiar in equal measure.

CAMERON JAMES - Actor, writer and podcast guy, Cam is a quickly rising comedian. You might have seen hin on SBS 'The Feed', Comedy Central 'Share This', on the ABC's 'Utopia' or 'Be Your Own Boss'. Named one of the "Funniest Aussie comedians to follow on social media" by the Herald Sun and "The most obvious Next Big Thing" by Time Out Sydney.

LLOYD LANGFORD - Stand-up comedian, award-winning writer and actor from Wales, who is fast making his mark here in Australia, with regular appearances on Network Ten's 'Have You Been Paying Attention'. While Lloyd is a relative newcomer to our part of the world, he is an accomplished and in-demand artist who has been performing and writing comedy for nearly two decades. He has performed at the Edinburgh Fringe since 2002 and been invited to Just for Laughs Montreal.

CHRIS RYAN - A former journalist, mother of two teenagers and one of the most exciting new voices on the Australian comedy scene, say hello to Chris Ryan! WINNER of the 'Best Newcomer' award at the Sydney Comedy Festival in 2019, Chris is in red hot form with her laconic take on everything from romance to passive aggressive co-workers.

MERRICK WATTS - The "Merric" from Merrick and Rosso. Mez, as he is affectionately known, has worked at almost every radio and TV station in the country. You might have seen him recently getting smashed in the face on SAS Australia, Australia's REAL reality show. Mez loves wine, so much so that he's a qualified sommelier, with dreams of retiring to a big Chesterfield, smoking a cigar and drinking Cabernet.

Howard Vineyard's beautiful grounds will be set up with areas to accommodate picnic blankets, low and high back foldable chairs. Please BYO picnic rugs and BYO foldable chairs, to make yourself nice and comfortable for the day. The lower you are to the ground, the closer to the stage you'll be. Empty soft cooler bags and water bottles are also permitted (please no eskys). Bag checks will be conducted upon entry for prohibited items.

If you have purchased bus tickets for transportation to and from Howard Vineyard, please note pick up and drop off times below.

Departs: 11:00am sharp - Bus Stop D - North Terrace (out the front of the Intercontinental Hotel)

Please bring your valid bus ticket(s) with you.

Grapes of Mirth - Comedy and Wine in Coonawarra

Fringe Comedy + All you can eat dinner in Port Elliot more »