With a triple J Unearthed High winning debut ‘Circles’ in her stride and making a splash with follow up single ‘Stuck in a Bubble’, 2020 has been a big year for 17 year-old George Alice climbing to #1 on Australia’s viral chart.

Both ‘Circles’ and ‘Stuck in a Bubble’ have now clocked a combined 10 million global streams, landing coveted cover profiles on Spotify’s Pop n’ Fresh and The Local List as well as picking up a spin from Sir Elton John on his ROCKET HOUR show on Apple Music 1.

It’s been a whirlwind career kick off for the Adelaide local – playing to thousands of music fans at event and festivals including Laneway Festival, Rolling Sets, Twilight at Taronga and the Australian Open, as well as opening for Broods, Vera Blue and Tash Sultana. 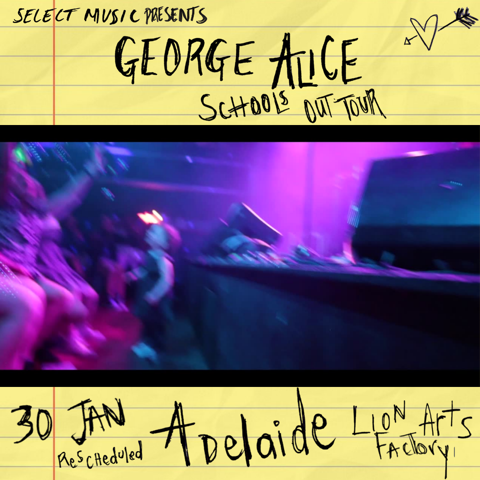 The Gullies are having their debut gig at The Gov! They are being supported by Marlin Kites and Pool Toy, get in quick! more »