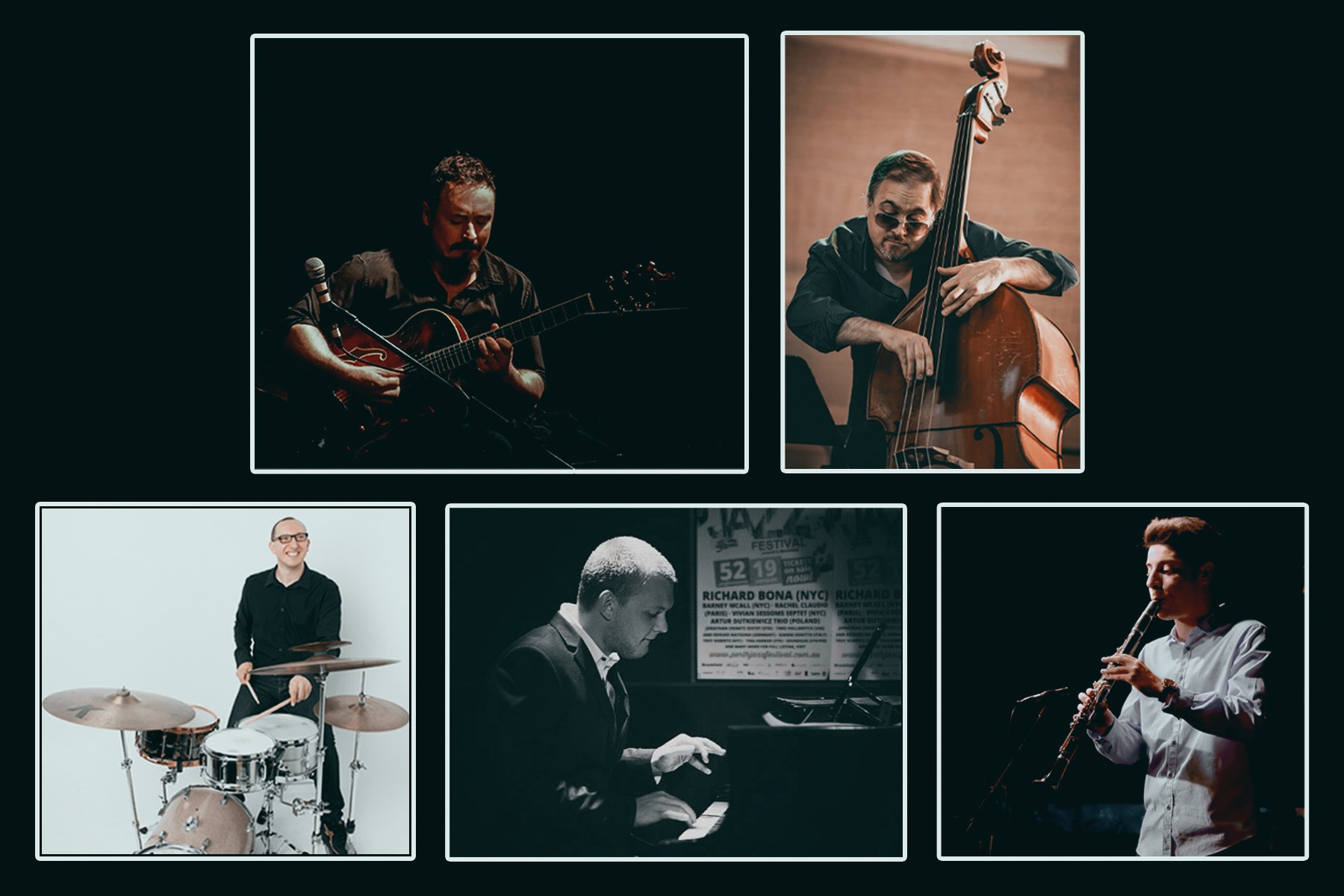 Django Reinhardt, the founding father of Gypsy Jazz, is revered in the guitar world for his superlative skills on the acoustic guitar, but less so for his work on the electric. As the 1930’s became the 40’s and be-bop was born, Django heard and was inspired by the great American jazz artists such as Charlie Christian, Charlie Parker and Dizzy Gillespie. This in turn prompted him to put on hiatus his infamous string quintet in favour of a more traditional American line-up comprising drums, double bass, piano, clarinet and of course, himself on electric guitar. Now he could soar as high and as loud as he wanted, a feat previously impossible on his trusted Selmer Maccaferri acoustic!

Co-led by bassist/MD Pete Jeavons and guitarist Lachlan Gear, The Electric Django Quintet performs repertoire from Django’s bebop period alongside compositions by others who were heavily influenced and inspired by Django such as Wes Montgomery, George Benson, Bireli Lagrene and more.

Featuring fleet-fingered guitar work from Lachlan Gear, some original arrangements by Pete Jeavons and some of Perth’s finest jazz musicians (Adrian Galante - clarinet, Harry Mitchell - piano, Daniel Susnjar - drums), The Electric Django Quintet has all the ingredients for a great night of jazz that is sure to please.

4 hours of Live Entertainment, A Night of Jazz, Blues & Soul - Come party with us! more »