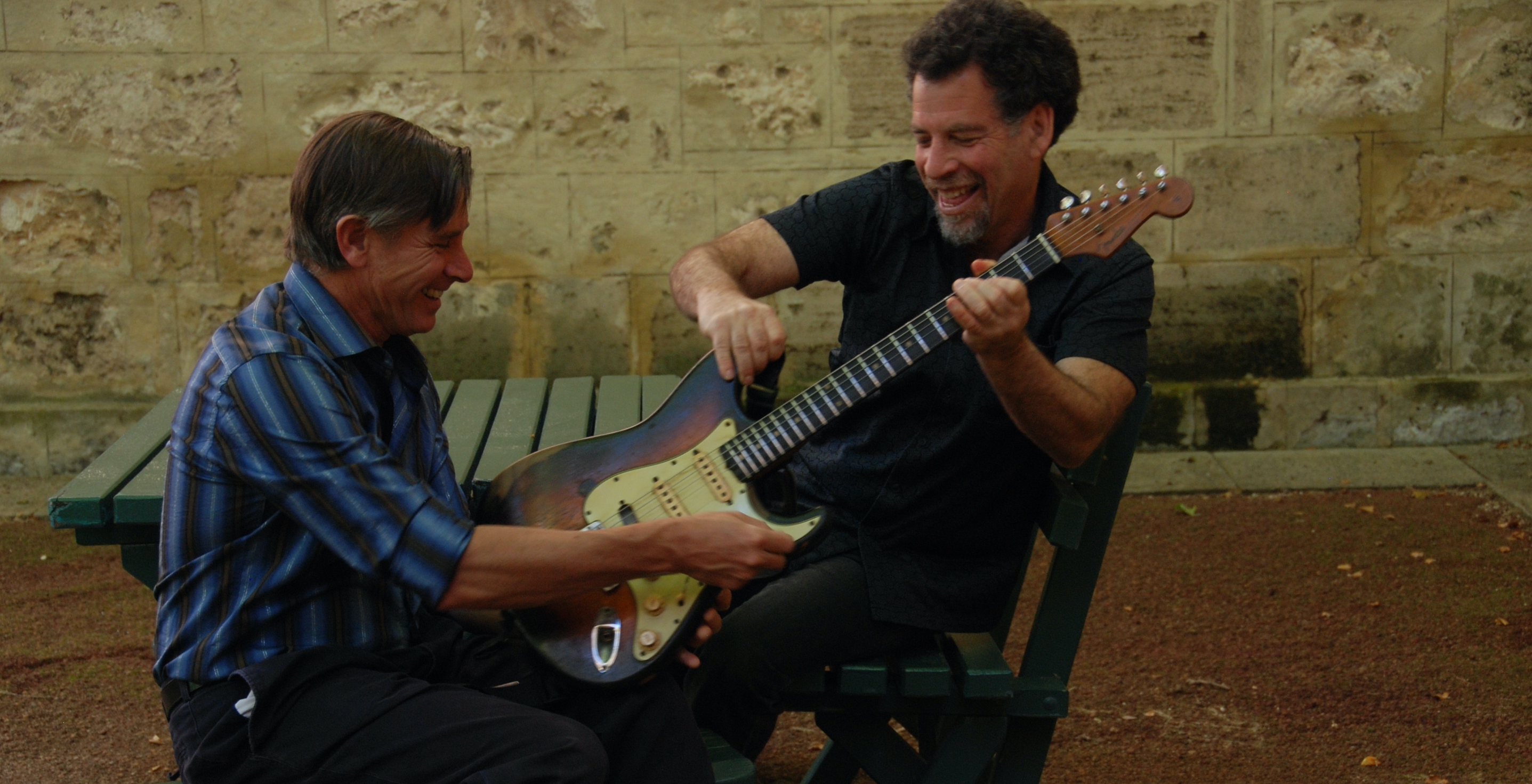 Dave and Lucky regularly sell out the Ellington with their fiery approach to their own jazz and blues songs and tunes. They always raise the roof so you don’t want to miss their performance at the Duke of George!  And Dave and Lucky are always writing new songs so you can be assured of some fresh ones!

Dave is one of the world's greatest blues guitarists, with a 'take no prisoners' approach that assures that he'll be giving his all at every show.  While living in Sydney for decades he was the guitarist for the Dynamic Hepnotics, the Catholics and the Mighty Reapers.  He released his latest, 3rd album, ‘Long Road Back Home’ in October of this year to a sell-out crowd at Freo.Social.

Lucky is a Grammy Award winning pedal steel guitarist who has been based in Fremantle since 1981, whose national radio show ‘The Daily Planet’ was a beloved part of Australia’s culture.  He maintains an active career in both Australia and USA and his latest album, ‘Purple Sky,’ with Paul Kelly, Kasey Chambers and others was nominated for an ARIA Award. On tonight’s show, Dave and Lucky are joined by the fabulous Karl Florisson on double bass and Ric Eastman on drums.

One of Perth’s most soulful singer-songwriters more »