Australia's cult-classic hip-hop/crossover act Butterfingers have announced an extensive national tour set to kick off this March, which will see them hitting up all capitals and rural hot spots around the country with Sydney MC (and Big Village label chief) Rapaport in tow.

Known for their tongue-in-cheek humour and irreverent hits like 'FIGJAM' and 'Yo Mama', the band are also releasing their second single since coming off their ten-year hibernation from recording with their latest left of centre earworm 'Bullet To The Head'.

Drummer Damien Green is still recovering from a broken elbow sustained during a terrible skateboarding accident two days before their NYE extravaganza show in Darwin only weeks ago. The band will have replacement drummer Tony McCall aka T-Bone since he's managed to reserve some free time between cracking skulls in the MMA ring and melting faces from behind the skins with Wolfmother, Resin Dogs, Jamiroquai and a list of ten million other bands too lengthy to mention.

Catch Butterfingers at the Ed Castle on March 31. 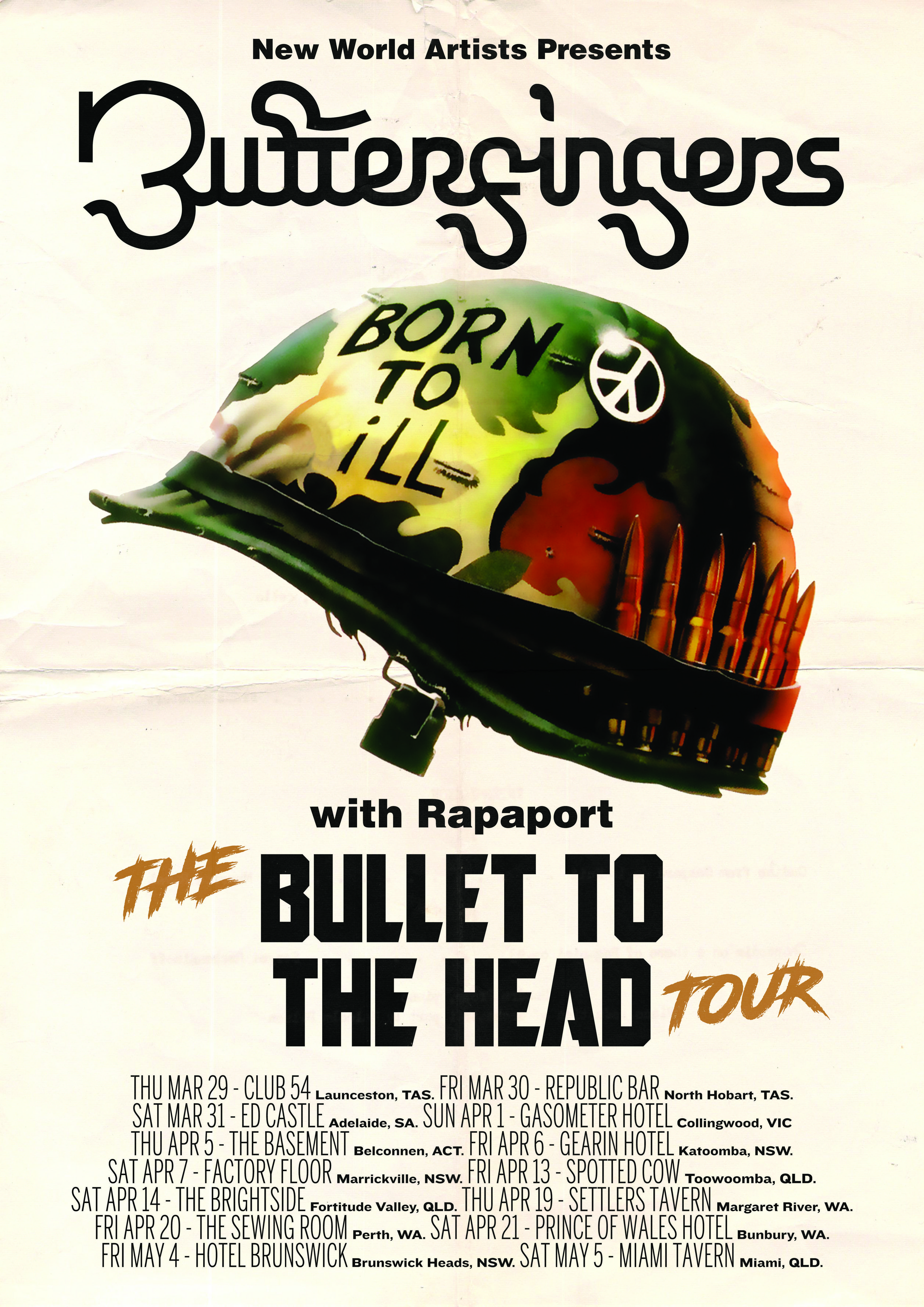 22nd September, 2021 - Just when you thought the lineup couldn't get any better,&nbsp;Bluesfest&nbsp;has...
x