Fantasy will come to life as a DRAGON goes one on one with a DINOSAUR!

At BCW 35 ULTIMO DRAGON announced that he will be heading to the Battle Kingdom and his target on this night will be SYD PARKER! 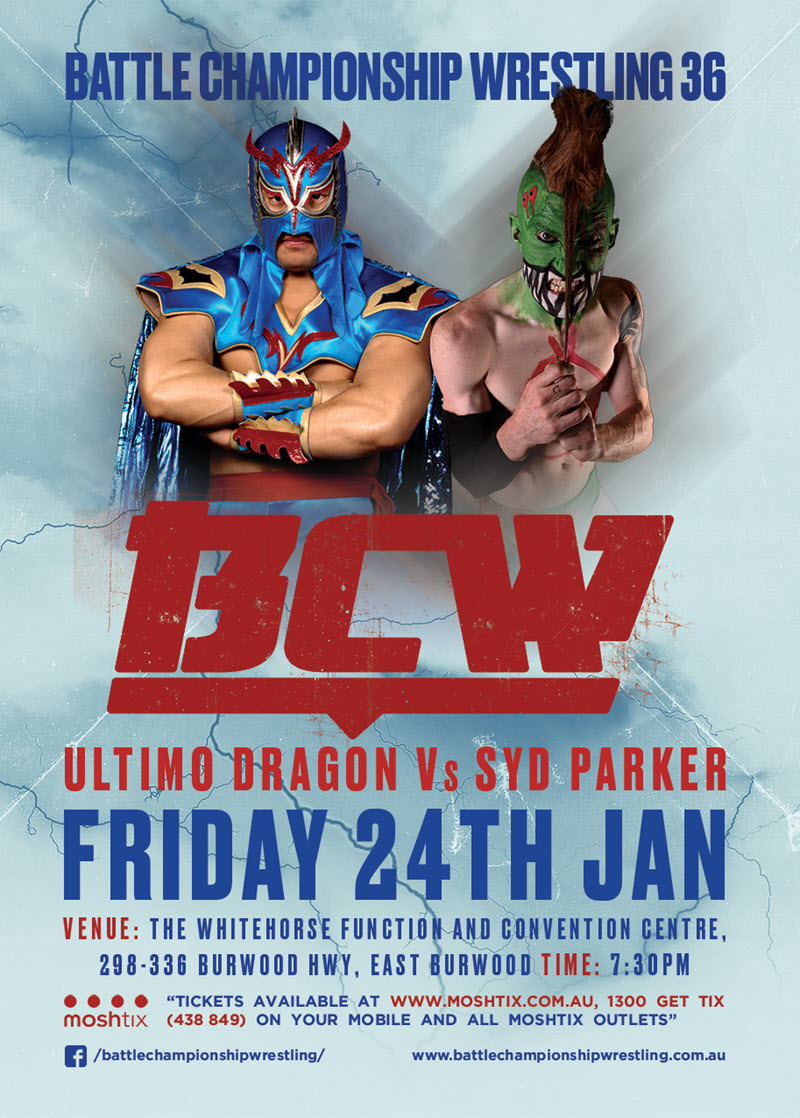